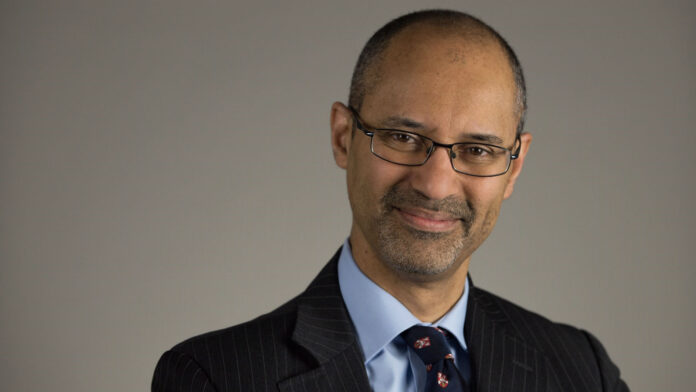 Global media beast WPP has appointed UK entrepreneur Tom Ilube to its board as a non-executive director.

The appointment of a second non-white board member further broadens the board’s diversity, which now includes six women and one Asian/South American member.

Ilube is the founder and CEO of AIM-listed Crossword Cybersecurity, a technology commercialisation company focused on the cyber security sector and has previously founded several other technology start-ups.

He is a Non-Executive Director of the BBC, where he serves on the audit and risk committee and chairs the fair-trading committee.

Ilube is also responsible for protected disclosures across the BBC, chairs the diversity and inclusion advisory group, and recently supported the appointment process for the new Director-General.

In the early 2000s, Tom served as Chief Information Officer of Egg Banking plc, the UK’s first internet bank, and his 30-year career in the UK technology sector also includes roles at PricewaterhouseCoopers, Goldman Sachs and the London Stock Exchange.

He chaired the UK Government Technology Strategy Board’s Network Security Innovation panel, and was a member of the High-Level Expert Group on Cyber Security at the International Telecommunication Union (ITU), a Geneva-based UN agency.

In his education work, Ilube is the founder and Chair of the African Gifted Foundation, a programme for exceptionally gifted African children, which launched the African Science Academy, the continent’s first all-girls science and maths school.

He was made a Doctor of Science (Honoris Causa) by City, University of London and an Honorary Doctor of Technology by the University of Wolverhampton, and received his CBE in the 2018 Birthday Honours for services to technology and philanthropy.

He is an Honorary Fellow of Jesus College, Oxford and an Advisory Fellow at St Anne’s College. He also served as Chair of Ada, the UK’s National College for Digital Skills, and was the founding Chair of Governors of Hammersmith Academy.

In 2017 Ilube topped the Powerlist ranking of the most influential people of African or African Caribbean heritage in the UK.

Commenting on the appointment, Roberto Quarta, Chairman of WPP, said: “We are delighted to welcome Tom to the Board of WPP.

“He brings tremendous depth and breadth of experience across the worlds of technology, business, media, entrepreneurship, education and philanthropy, and we look forward to his contribution as the Company continues its transformation.”

Ilube said: “Under its new management team, WPP has become a leader not only in creative services but also the provision of technology solutions for clients, so it’s an exciting time to join the Company.

“I look forward to working with the Board and executive leadership as WPP evolves its offer and delivers its strategy to grow the business, and to contributing to discussions around diversity at the Company and across the industry.”