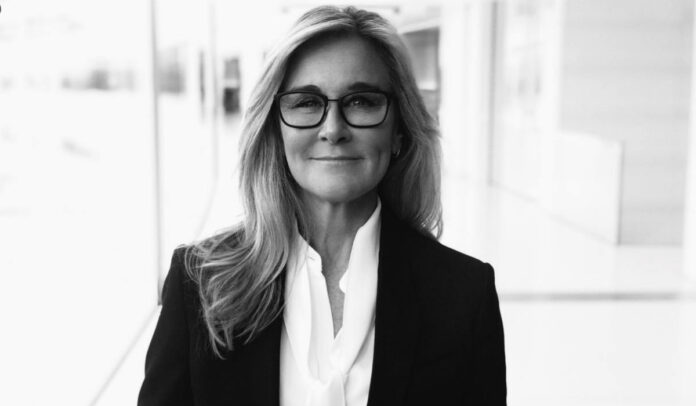 WPP said it’s appointed of Angela Ahrendts DBE to its Board as a Non-Executive Director.

Ahrendts has had a career in fashion and retail spanning more than three decades. She was Senior Vice President, Retail at Apple, from May 2014 until April 2019.

At Apple, she was responsible for overseeing global retail, creating a seamless customer experience by integrating the company’s physical and digital businesses across its online store, app and more than 500 retail stores in 25 countries.

She also spearheaded Today at Apple, an initiative of free educational and creative sessions which reshaped Apple’s retail experience.

Ahrendts joined Apple from Burberry, where she was CEO from 2006 to 2014. In this role, she led the company through a period of outstanding global growth through the adoption of new technologies, including ecommerce and updated in-store technology; the launch of new product lines; and the expansion of retail operations into new markets.

While at Burberry Angela emphasised culture and values and created the Burberry Foundation, an independent charity dedicated to using the power of creativity to drive positive change in communities and build a more sustainable future through innovation.

Prior to Burberry, Ahrendts was Executive Vice President at Liz Claiborne, Inc. and President of Donna Karan International, Inc.

She was a member of the UK Prime Minister’s Business Advisory Council from 2010 to 2015; and was named Honorary Dame Commander of the British Empire in 2014.

She is a member of the Global Leadership Council of the Oxford University Saïd Business School. She’s also a non-executive director on the boards of Ralph Lauren Corporation and Airbnb.

She also sits on the boards of Charity: Water, which brings clean and safe drinking water to people in developing countries, and The HOW Institute for Society.

Her appointment will be effective from 1 July 2020.

Commenting on the appointment, Roberto Quarta, Chairman of WPP, said: “Angela’s reputation as a leader of creative and technology-driven businesses is second to none; she also has deep insight into our clients’ needs in a changing world.

“We are delighted that she will be joining the WPP Board.”

Commenting on her appointment, Ahrendts said: “WPP is one of the world’s leading creative companies.

“Mark and his excellent leadership team have a strong sense of purpose and a strategy that values creative talent while embracing societal shifts and new technologies.

“I am so honoured to support their ongoing development as a member of the WPP Board.”