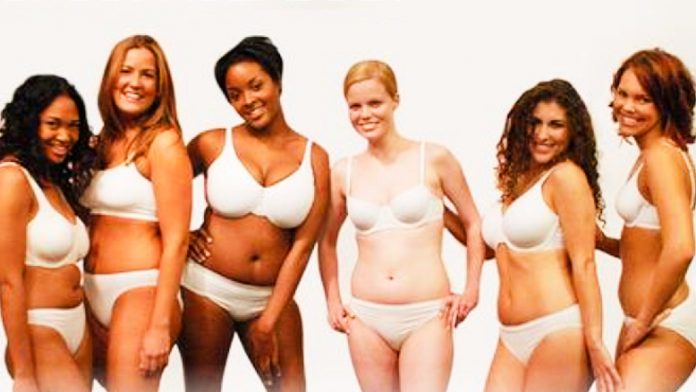 A staggering 57% of people – rising to 71% of women and 79% of women under 55 – are eager to see health and beauty brands promote body positivity – the acceptance and celebration of real rather than idealised female forms.

It ranked as the number one area where women want to see brands take action, even above climate change and LGBTQ+ equality.

Nearly three-quarters of UK consumers (71%, rising to 74% of women) think that health & beauty brands should promote body positivity by using models of all shapes, colours, ages, sizes and abilities and by being more reflective of the actual people who buy their products.

Meanwhile, only 7% want those brands to use attractive models for shoppers to aspire to – a mere 5% of women and 9% of men.

The survey of 2,000 UK consumers of all age groups was commissioned by The Pull Agency, a creative agency specialising in healthcare and beauty brands.

Female respondents called out three brands as having done a great job promoting body positivity in an appealing way: Dove led the way with three times as many mentions about celebrating diversity and body positivity than any other brand, followed by Boots and L’Oreal.

When it comes to body positivity, more than half (59%) think everyone should be proud of their appearance, however they look, and that people should never think judgementally about others based on their body shape or size.

Meanwhile, the concepts that ‘some people are more attractive than others and that can’t be changed by positive thinking’ or that ‘it’s only human to judge people’s appearance, but it’s not something you should do aloud‘ are most prevalent among older consumers aged 55 and over.

Kathrin Rodriguez-Bruessau, head of brand strategy at The Pull Agency, said: “Body positivity has become a mainstream issue for the health & beauty sector in recent years.

“As a result, there’s been a backlash against the traditional use of “unrealistically perfect” models in favour of showing diversity in a more natural way that’s reflective of real people.

“Consumers don’t want to see photoshopped models or that brands are ‘ticking the box’ to show every sub group of society.

“We believe that’s only going to get stronger as time goes on and brands will need to change their marketing strategies accordingly.”

The survey also found that men are the group who feel least under-represented (22%) in advertising from health & beauty brands.

However, it also noted that 64% of men still don’t feel personally well represented.

Kathrin continued: “There seems to be a potential paradox in how men see themselves in health & beauty ads. Is the industry displaying gender inequality by only addressing notions of female body positivity?

“Some respondents commented on the fact that not all men are as fit, young, athletic and attractive as ads may be showing us.

“Of course, another reason for low personal representation of men could be that there are fewer beauty brands aimed at men.

“It’s a continuing dilemma and there may be a need for men to be presented with more real-life models and encouraged to discuss the issue of body positivity.”