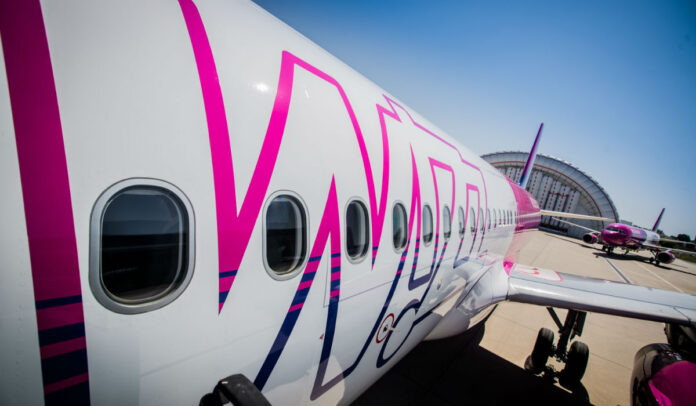 It plans to start operating flights in the Arabian Gulf region later this year.

The new airline will be called Wizz Air Abu Dhabi – catchy eh? – and will be based in the UAE capital of the same name.

London-listed Wizz Air Holdings said that it has concluded the definitive agreement with its partner Abu Dhabi Developmental Holding Company to jointly establish the new airline.

The low-cost airline is set to launch its operations at Abu Dhabi International Airport in Fall 2020.

The agreement promises to bring further low fares to the region. It’s paired with a high-quality on-board experience to a range of destinations across Europe, the Middle East, Asia and Africa.

The announcement is also in line with Abu Dhabi’s AED 50bn (£10.65m) accelerator programme Ghadan 21, which is driving the emirate’s development through investing in business, innovation and people.

The airline development team has already initiated the process with the UAE General Civil Aviation Authority to obtain aviation licences.

“Wizz Air’s mission feeds into Abu Dhabi’s diversified economic strategy as we aim to stimulate traffic by creating demand to the benefit of growing Abu Dhabi’s touristic and economic diversity.

“We look forward to welcoming passengers on board our young, green and ultra-efficient fleet.”

“Significant investment is going not only into our airports but also the tourist infrastructure, including hotels, resorts and cultural attractions.

“Last year the emirate achieved a record high of 11.35 million visitors and a key driver for this is the connectivity that enables people to visit Abu Dhabi easily and affordably.

“Our partnerships with Wizz Air and others will help elevate the UAE’s capital as a highly competitive regional and international destination for leisure and business travellers alike.”

The airline will focus on establishing routes to markets in which Wizz Air has existing, high growth operations, namely Central and Eastern and Western Europe.