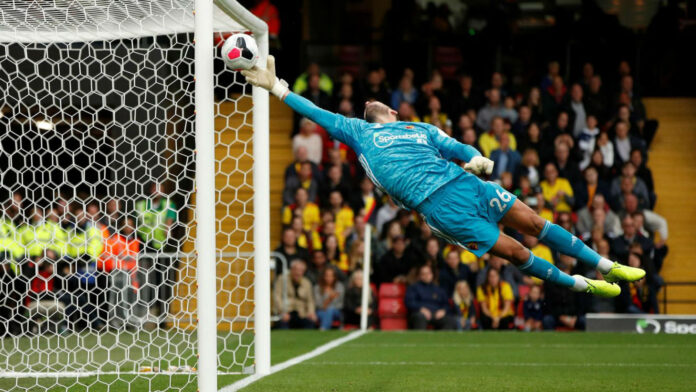 The English Premiere League is reportedly claiming a shocking £250m government bailout, but many now feel that vastly overpaid players and club owners should not the bill instead.

We did the math and discovered that the top 20 English Premiere League stars alone are currently earning a total of £213,835,792 million per year between them.

The UK Premiere League is one of the most highly paid sports industry sectors in the world.

Manchester United keeper David De Gea is top of the spotrac.com earnings table, earning an eye-watering £19.5m per year. That’s a shocking £375,000 every week – more than most British workers earn in a decade.

Given the dire state of the industry as a result of the COVID pandemic, sports bosses are now coming under increasing measure to cut back on phenomenal and frankly outrageous levels of income for football players.

The numbers in terms of private wealth are even higher further up the management ladder. The wealthiest three owners of the country’s top clubs are worth a staggering $41.2bn according to goal.com.

They are made up of Manchester City owner Sheikh Mansour who is valued at $20bn; Chelsea owner Roman Abramovich with a personal fortune of $11.3bn; and Arsenal owner Stan Kroenke with $10bn.

When you add in the other nine richest owners of EPL clubs and the figure tops $80bn.

With airlines, hospitality and many other industry sectors now in free-fall as a result of the pandemic, we say these ‘fat cat’ players and owners have a social responsibility to dig deeply into their pockets before trying to tap already stretched British taxpayers for bailouts.

The wealth surrounding the English Premiere League is now akin to, and close to beating, the excessive pay structures once seen in the UK banking sector.