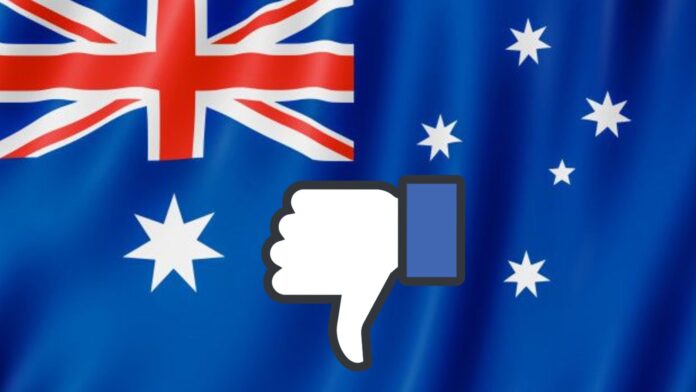 Yesterday was a big day for mankind. In case you missed it, NASA successfully landed the Perseverance Rover on Mars, in a truly exciting globally watched event.

Meanwhile, back here on little Earth, social media behemoth Facebook shocked the free world by banning all Australian news entities from its platform, in another globally watched event.

It’s a live and changing situation and here Adam Morton, Managing Partner of Client Services at UM London, gives his take on the issue and what may happen next…

Facebook hit the nuclear option with devastating impacts for everyday Australians…” That’s how news.com.au reported Facebook blocking news on its platform today. Clearly, they have a vested interest in the situation.

However, there is no doubt Facebook’s move in response to the ACCC News Media Bargaining Code is a significant day for media down under, and potentially the globe.

It’s an evolving situation that after much posturing, has taken a rapid turn.

While a complicated issue, with differing viewpoints and wider ramifications, much is down to the perceived value exchange between Facebook and publishers.

Facebook believes arrangements are already weighted in favour of the publishers, with the ACCC code exacerbating the issue.

News brands clearly have the opposite view, with Michael Miller, Executive Chairman of News Corp stating: “This code has the potential to benefit all Australians by securing the future for the people and companies who serve real communities with real news.”

The latest development however is not the publicly desired outcome of any party involved; including the Australian Government, given the direction initially given for all parties to reach an agreement.

While Google, which also opposed the law, has now agreed to pay the News Corp for content used across its network. This creates a less dynamic Facebook environment for its consumers and potentially further strengthens Google’s position in the Australian market.

Facebook is unrepentant, while Prime Minister Scott Morrison labelled it as arrogant.

As of today, there remains a lot of uncertainty around the future of accessing news in Australia and what, if any, implications this will have on the spread and consumption of disinformation.

Will Facebook create its own news offering? How will Google’s showcase evolve and monetise for advertisers? How will small publishers change their operating models to decrease reliance on social platforms?

These are just some of the questions that we will see answered in the coming weeks, while yesterday morning, Australia Treasurer, Josh Frydenberg, tweeted that he had had a constructive conversation with Zuckerberg.

Australia is not a huge market for Facebook, and it is most likely concerned about the principle and precedent it might set.

Facebook has publicly declared that this was a last resort and is not its preferred solution, so it remains to be seen whether this will be the enduring position, or whether a resolution will be reached that is mutually beneficial for all parties involved.