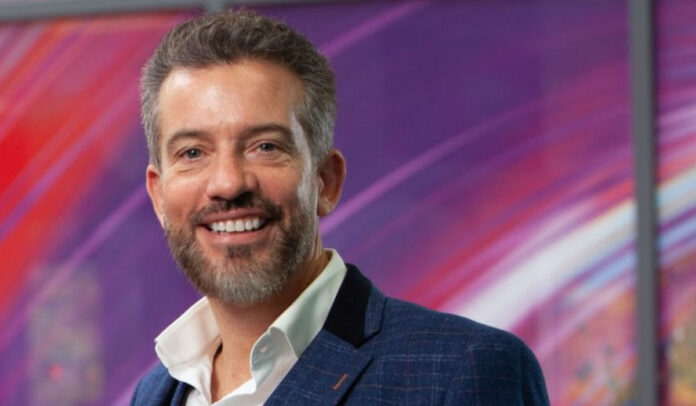 Vodafone CEO Nick Jeffery has issued a statement striking a confident tone on the prospects for the UK now that Brexit is done. However, he also adds there are challenges to be met as well…

“As we start a new chapter in our country’s history, I’m confident the UK will continue to be a world leader in tech and a great place globally to do business”.

The world has changed beyond imagining since Vodafone began trading in 1985.

We have a strong culture and pride ourselves on being able to look up and widen our horizons; to adapt well and turn difficulties in to developments.

Much like the country at large, we’re ready, as we always have been, to embrace new challenges, fresh insights; and more rebellious ideas for the future.

The UK technology sector is booming and has led the way globally for some time. There’s excitement and enthusiasm by the bucket load.

The determination to be successful is palpable at all levels: from entrepreneurs, start-ups, and scalable enterprises right through to established industry players.

In its most recent forecast, the International Monetary Fund (IMF) predicted that over the next two years UK growth would accelerate and start to outpace the eurozone – assuming an orderly exit from the EU and a gradual transition to a new economic relationship.

Despite some understandable concern that uncertainty surrounding Brexit would dampen investment, research undertaken for the Government’s Digital Economy Council shows that UK firms secured a lion’s share of the £30.4bn raised last year in Europe.

This equates to more than £10bn of investment, an increase of £3bn (44%) from 2018, and contained the widest overall mix of foreign versus domestic investors.

This is a trend that has been gathering pace for a few years now. Such fertile ground has meant that the UK (and not just London) has created 77 unlisted tech companies valued at more than $1bn (£770m) each.

These firms are known as unicorns. There are twice the number here as in any other country in Europe – second only to the US and China.

You can begin to understand why confidence and optimism is high; and Vodafone contributes a lot to the success of this ecosystem.

Our connectivity, services and activities form a large part of the UK’s critical digital infrastructure.

We’ve invested billions taking 4G to 99% of the population; we’ve recently partnered with other operators to share network and build out 4G into rural areas; and we’re leading the charge in rolling out 5G mobile connectivity – a foundation block in the Fourth Industrial Revolution.

Vodafone is at the centre of helping the nation to realise its digital potential; reinvigorating our communities and underpinning regional growth.

Right now, the UK is obviously in a moment of profound change. We face big challenges.

Protecting what the country does best, as well as being practical and purposeful in seeking out new and exciting opportunities, should be the central themes of our collective effort in the months ahead.

As Ray Dalio, in his book Principles, said: “Great cultures bring problems and disagreements to the surface and solve them well, and they love imagining and building great things that haven’t been built before. Doing that sustains their evolution.”

In our case, Vodafone’s founders were courageous pioneers who had the vision to believe in a world changed for the better by mobile communication.

For the past 35 years we have been fulfilling that belief. We’re looking forward to another 35 years (and more) of doing the same.