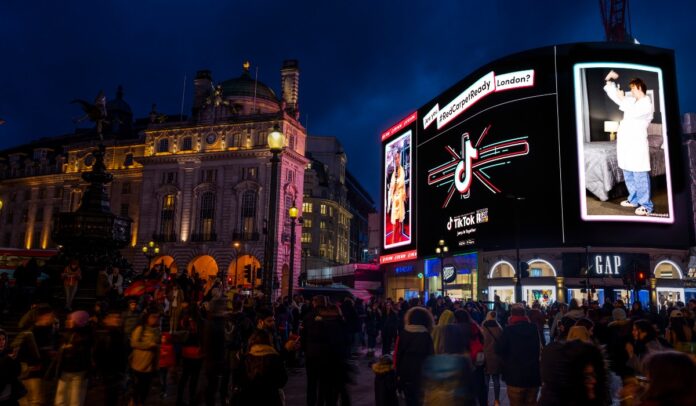 Ad agency Talon has posted a video showing how it brought together TikTok’s out-of-home campaign around the Brit Awards.

TikTok dominated London’s OOH landscape with a unique cut through campaign to celebrate its new tie-up with the Brit Awards on Tuesday.

There were also 30 large-format projections in and around the city, including user images from TikTok’s popular #redcarpetready hashtag challenge.

These event day OOH executions supported art murals, digital OOH activity, and large-format banners that were all used to build anticipation in the run up to the UK’s biggest music event.

When collecting his first award of the evening, Capaldi’s acceptance speech was bleeped out. However, uncensored footage on social media showed the singer saying “Thank you very f–k–g much”.

We think there must have been “something in the water”!

Personally, we loved Billy Eilish and her brother Finneas O’Connell’s haunting first live performance of the Bond 25 theme song No Time To Die.

Here’s who won what on the night:

The BRIT Awards live-streamed to Piccadilly Lights via sponsor TikTok