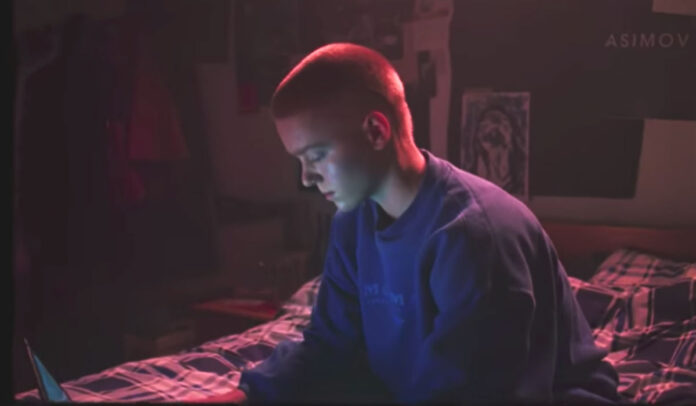 Channel 4 has aired the winner of its Diversity in Advertising Award created by Starbucks and it is stunning.

It’s always the simple ideas that have the biggest impact and this one actually made us cry.

The ground-breaking commercial #whatsyourname was aired on Channel 4 at 9.10pm on Sunday 2 February, which was awarded to Starbucks for its .

The winning entry celebrates the life-changing moment facing some transgender and gender diverse people as they use their new name in public.

It is inspired by real life experiences of individuals who find Starbucks stores to be a safe space, where their new name is accepted and they are recognised as who they really are.

The #whatsyourname advert depicts ‘James’ who is transitioning but faces everyday challenges because he does not identify with his birth name, ‘Jemma’.

It culminates with him trying out his true name for the first time at a Starbucks store, by asking to have the name James written on a Starbucks cup, which is called out by a barista.

The Channel 4 Diversity in Advertising Award was judged by leading figures from both the advertising industry and LGBT+ community including: The IPA, Marketing Society, Stonewall, the LGBT+ Awards and actress Annie Wallace, the first transgender person to portray a reoccurring character in a British soap opera.

This is the fourth year of Channel 4’s Diversity in Advertising Award and this year’s theme challenges the lack of representation and stereotyping of the LGBT+ community in advertising.

This came following a study that revealed only 0.3% of TV adverts feature a transgender person, despite the community making up at least an estimated 1% of the population.

Matt Salmon, Interim Director of Sales at Channel 4, said: “We created the Channel 4 Diversity in Advertising Award to create positive change around representation of diverse groups in advertising, and the annual £1 million airtime prize has so far delivered three fantastic campaigns that broke new ground.

“This ground-breaking advert from Starbucks is an incredibly worthy recipient of the award and we hope this campaign encourages other brands to improve LGBT+ representation in their advertising.”