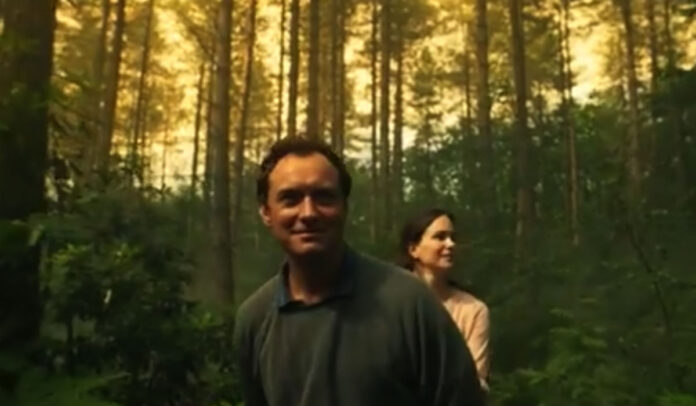 The new drama was created by Sky Studios in collaboration with HBO, Plan B, Punchdrunk and writer Dennis Kelly.

The Third Day will tell three, stand-alone but interconnected stories; not only on screen but also in a live, immersive event.

The first part is ‘Summer’, starring Jude Law, written by Dennis Kelly and directed by Marc Munden is told over three episodes. They will air on Sky Atlantic and streaming service Now TV from 12 May.

Summer follows the story of Sam (Law), a man who is drawn to a mysterious Island off the British coast where he encounters a group of islanders set on preserving their traditions at any cost.

Following ‘Summer’, viewers will get the chance to become part of The Third Day world at a major immersive theatre event.

The Third Day concludes with ‘Winter’, told over a further three episodes on screen. It stars Naomie Harris, written by Kit de Waal, Dean O’Loughlin and Dennis Kelly and directed by Philippa Lowthorpe.

It follows Helen (Harris), a strong-willed outsider who comes to the island seeking answers. But her arrival precipitates a fractious battle to decide its fate.

Each story can be experienced separately, with Summer and Winter working together as a complete series. But all three parts together describe a larger narrative, creating a unique experience for those who seek it.

This exclusive first look trailer shows the mysterious world and island at the heart of the series.