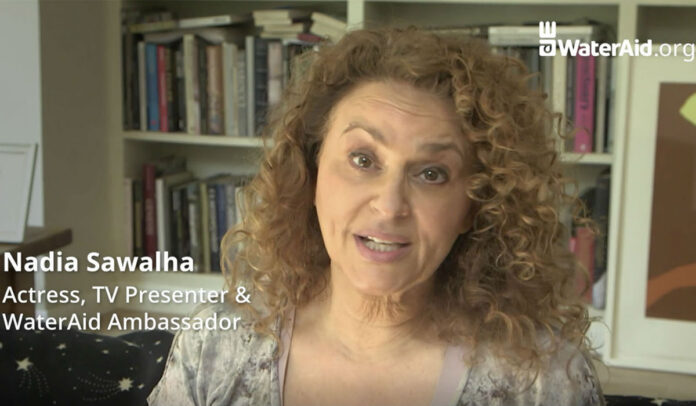 The aim is to get reliable supplies of clean water, good sanitation and hygiene to the world’s poorest communities.

The charity appointed integrated agency WPNC to develop a creative strategy for the initiative, with the first ad hitting TV screens this month.

The theme of the first ad draws on the important practice of hand washing and good hygiene; which has come to the fore during the COVID-19 pandemic.

It highlights the fact one in 10 people around the world have no clean water; while one in four lack decent sanitation at any time, not just during the current crisis.

It’s a constant problem faced by many communities that are also susceptible to other diseases such as Ebola.

WaterAid supporter Nadia Sawalha features in the ad. She was filmed for her part using Zoom and an at-home camera set up.

Sawalha is a regular panelist on ITV daytime show Loose Women, alongside her other broadcasting roles and successful YouTube channel.

WaterAid is keen to breathe new life into its DRTV (direct response TV) approach; which has proved a successful fundraising channel for the charity in the past.

The ad is part of a wider DRTV programme; with the charity aiming to reach new donors alongside its existing supporter base by appearing throughout the day on a broad range of TV channels.

“Our mission is to ensure that everyone, everywhere has clean water, decent toilets and good hygiene”, Victoria Laing, Individual Giving Manager, WaterAid, said.

“Having access to these basics can change everything; including giving youngsters the chance of a healthy childhood, a better education and a brighter future.

“We hope the theme resonates with our existing and potential supporters at a time when we’re all thinking about hygiene perhaps more than we normally would.

“We were impressed by WPNC’s authentic approach to telling our story as part of our drive to freshen up our approach to DRTV campaigns; as we aim to boost donor awareness and engagement.”

Maria Phillips, Director of TV and Film, WPNC, added: “This is a great opportunity to connect WaterAid with previously untapped audiences; highlighting its sanitation work along with its push to make clean water available.

“We’re delighted we’ve captured this, with Nadia leading the ad to tell the story in compelling fashion; and we’re excited to work on future executions.”