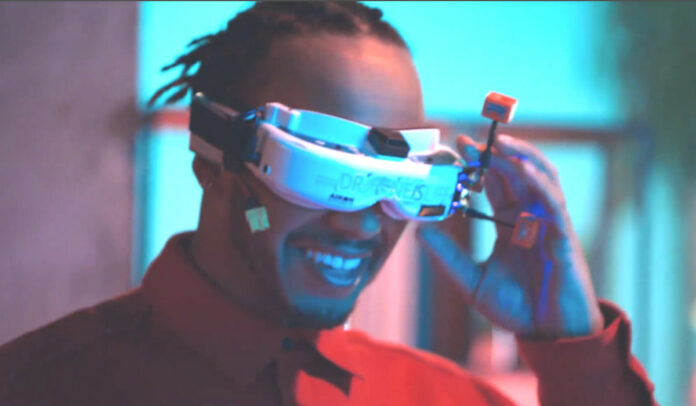 Formula 1 champion Lewis Hamilton has proved he’s not nearly as fast at flying drones as he is racing cars.

Hamilton was filmed racing drones with as part of a Vodafone UK demonstration of the potential power of 5G.

The films, below, were created for a socially-led campaign featuring Lewis, Vodafone’s newest 5G ambassador.

The first two films in the #5Gamechanger campaign, created by global socially-led creative agency We Are Social, shows the six-time Formula One World Champion trying his hand at flying drones alongside some of the UK’s top drone racing stars, and having a go at the latest in mixed reality gaming.

A third film, currently under wraps, will be released in March/April 2020.

Each film brings the benefits of the technology to life by telling compelling stories of how the power of 5G will impact areas of interest for Hamilton and our audience.

All three films will be released across Vodafone UK’s YouTube, Snapchat, Twitter, Facebook and Instagram accounts. This will include a set of shorter cutdown videos. They will also be supported by a paid media strategy, managed by Vodafone UK.

Hamilton will also be sharing the videos across his own social channels.

“We’re delighted to have Lewis Hamilton on board as an ambassador and to be able to work with him to show what a huge impact 5G will have in the future”, Jordan Stone, head of social media and content, Vodafone UK, said.

“The real benefits of 5G will be realised beyond our phones and what we can imagine today. Our challenge was to create content that starts to explain this to our consumers.

“Lewis’s true passion for gaming and racing made mixed reality gaming and drone racing the obvious starting point to tell this story.”

Rhiain Morgan, associate editorial director, We Are Social, added: “The potential of 5G isn’t always easy to relate to. We hope that with this campaign, we’ve helped Vodafone tell a compelling story when it comes to the future of wireless technology.

“Lewis was brilliant to work with throughout this project. He really brings 5G’s potential to life and his passion for racing and gaming clearly shines through in the films.”

Along with the social media activation, Vodafone will also be using the #5Gamechanger film assets across its website, email marketing campaigns, and PR activity.