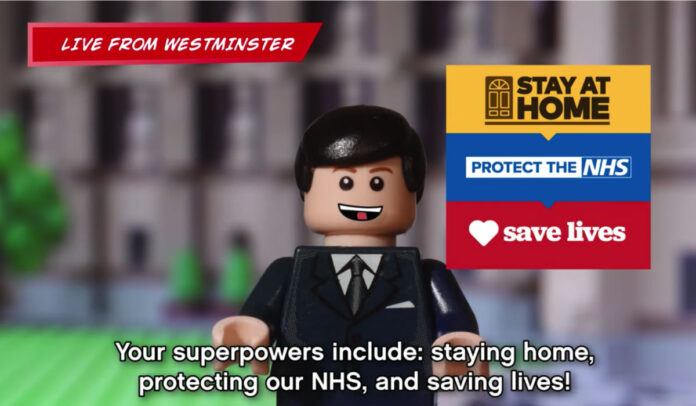 Launched over the Easter weekend, A+C Studios and The Lego Group joined forces to ask UK families to be heroic by staying at home, protecting the NHS and consequently, saving lives.

Based in Margate, animators and 2D artists worked across online communication channels and from seven homes to create the campaign; whilst also adhering to national COVID-19 guidelines.

No live-action shots with actors were commissioned; only stop-motion filming.

With one stop-motion artist working alone with lots of LEGO, all A+C Studio 2D animators and post-production specialists worked from their home setups.

Thanks to the wonders of modern technology the crew were able to communicate quickly and efficiently with one another; without needing to be in the same room.

“When The LEGO Group ask you to make a film for a young audience at a time like this; you say YES”, Dan Richards, Director and owner, A+C Studios said.

“We’d set up the A+C Crew to work remotely a few weeks back – finishing other productions.

“Spread across seven houses in Margate, we were all ready to jump onto this project and consequently, we were able to turn this work around in a short space of time; three days (including nights) in total.

“Not being ‘on-set’ and directing via web cams was at times frustrating but we’re super proud of what we’ve produced.”

Emma Perkins, Senior Director, The LEGO Agency EMEA, said: “Play helps children and families come together at the best of times – and the hardest of times”.

“We wanted to use this brief, to create a PSA targeting UK families, to help change children’s perception of the lockdown by giving them a positive role – as Heroes!

“We did this by bringing together an agile team from LEGO Agency, who wrote a super fun script, and the awesome animation talents at A&C Studio.

“The animation team brought all the LEGO fun to life with wonderful brick-built scenes, all created in just three days working under lockdown conditions ourselves! A great team effort.”

Scripting, editing and creative direction by The LEGO Agency team.

“It was a real team effort” Richards added. We worked really hard to get this over the line.

“I’m really proud of our team. I’m yet again amazed at what we can create in such a short amount of time, in such challenging circumstances.

“A special thanks to our partners at LEGO who gave us the opportunity to work on such an important and challenging project. One that we will never ever forget”, added Richards.