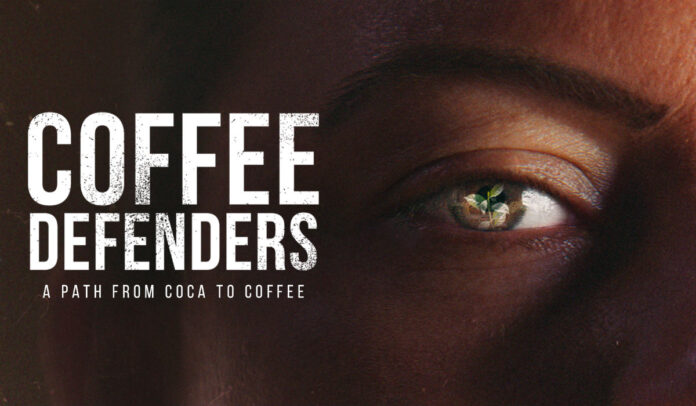 Coffee brand Lavazza has launched a docufilm called “Coffee Defenders: a Path from Coca to Coffee” on Amazon Prime Video.

The film was directed by Oscar Ruiz Navia, one of the most recognised voices of contemporary Colombian cinema.

The documentary was made in collaboration with creative agency We Are Social Milan and is available in Italy, the United States and the United Kingdom.

The protagonist of the female emancipation story is the true, courageous story of Johana, a Colombian woman who lost everything during the armed conflict caused by the FARC guerrillas.

Despite her struggles, she managed to regain control of her life and that of her six children, tenaciously remaining in her native community, in the fertile and uncontaminated territory of Meta, a coffee region at the foot of the Andes.

Here in 2013, farming families like Johana’s received land previously used for illegal crops from the Colombian government, where the Lavazza Foundation has been active with its sustainable development program raising the socio-economic conditions of over one hundred families, helping them revive their coffee plantations.

A coffee seedling is used as the symbol of rebirth. The protagonist takes a seedling with her on the journey from her homeland to Costa Rica. Once there, it’s preserved forever in the Tropical Agricultural Research and Higher Education Center (CATIE).

On her journey Johana is accompanied by Alexandra Roca; a reporter who has dealt with various topics in over 14 countries around the world; with particular sensitivities dealing with topics from women’s rights to the movements of indigenous communities.

She returned to Colombia to document the country’s restart.

“Digital communication has an increasingly strategic importance for Lavazza thanks to the numerous opportunities it offers us to bring new young audiences closer through contemporary and engaging forms of storytelling,” said Lorenzo Giorda, Global Head of Digital Marketing di Lavazza.

“This project will become a strand of communication and positioning for the company.

“We believe the docufilm is an important asset to tell through a different, visual, authentic and universal language the theme of sustainability; which has been an integral part of our business for many years and which will characterise us from now on.

“In the future, in fact, the documentary will live both digitally and physically in other places; because it is not only an entertainment product but a vehicle of strong and contemporary messages.”

The documentary is the result of two years of work since the inception of the project; and boasts a cast of 11 characters. The is being supported by a campaign on the company’s social channels.

A team of 14 from We Are Social worked on the documentary along with production house Ochurus!