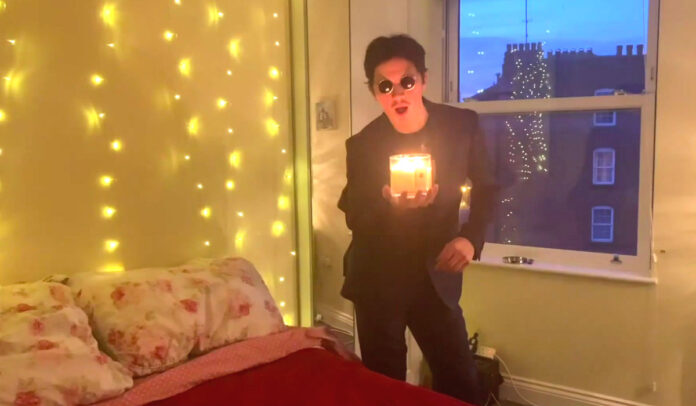 The creative company said it’s been such a hit internally that the series is now being published on its social channels with the aim of showcasing the creative talent that exists across the business.

At Mediashotz we love it for Wilson’s sartorial elegance alone!

At home in the Jungle

Following Wilson around his one-bed flat in Camberwell, which he shares with his girlfriend, he walks viewers through each room in true MTV Cribs style.

He makes numerous nods to the team at Jungle as well as to life at the firm throughout the video.

His attention to detail is impeccable and those with a keen eye will spot the company values on a blackboard; a picture of his ‘desk mate’ Tyrone as the screensaver on his television; and working out to his team mate Emma’s video, which she created in a similar vein.

The video is littered with witty and creative scenes that he took the time to shoot on his day off.

Wilson joined Jungle Creations in 2017 as a Social Media Executive in the content team and has since joined the company’s creative agency, The Wild, as a Content Strategist.

He works on harnessing the data that Jungle Creations has access to via its consumer facing media brands to help drive The Wild’s creative strategy for clients.

She showed us around her flat in Bethnal Green.

The next episode of Jungle Cribs is set to air following the long weekend.