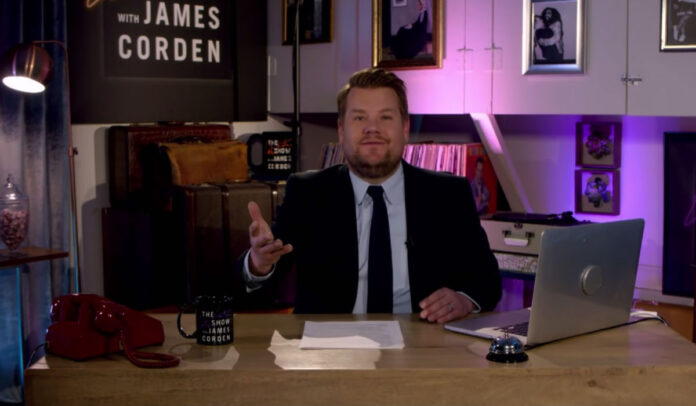 The special will also be available on streaming service NOW TV.

The show will feature James Corden from his garage, chatting with some of the biggest names in music and entertainment.

Homefest will include musical performances by BTS in South Korea, Andrea Bocelli in Italy, Dua Lipa in London; and Billie Eilish with brother Finneas and John Legend in Los Angeles – from the safety of their homes.

The special will also feature appearances from David Blaine and many others.

“With the help of some wonderful guests, we are going to try to put on the best show we can, to entertain raise awareness, raise money and hopefully lift spirits.”

In a trailer for the show on YouTube, Corden claims to be in his garage at home; with no studio crew present.

The garage is beautifully dressed – we wish our garage look like that. Actually Corden’s garage looks bigger than the average British apartment.

Standing-by in the clip are all his guests at their various isolation units around the world. Strangely, BTS appear to not be observing any kind of social distancing. Similarly, Eilish appears to be isolating with her brother Finneas.

Corden, 41, said he wanted to do something to help people deal with the anxiety they may be feeling through social distancing amid the deadly coronavirus outbreak.

“It’s all right to feel a bit sad. It’s OK to feel anxious,” Corden said in the show, which first aired on Monday night.

“The best thing we can all do is kind of try to breathe through all that and try to put our minds in a positive place and to think, ‘What can I do to help someone else who might be feeling like this?'”

In addition to urging viewers to follow the official guidelines to help prevent the spread of COVID-19, the show also raised money for charitable causes.