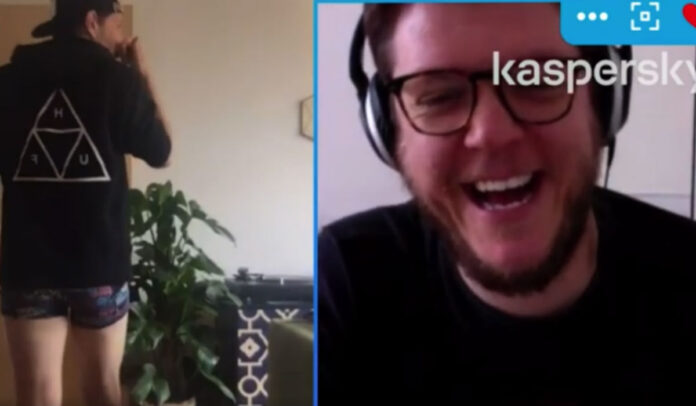 Forever Beta has captured the fails, faux pas and f-ups of working from home in an online campaign for cybersecurity provider Kaspersky.

From revealing your pants to co-workers to forgetting about your offensive mug, people working from home have discovered there are a multitude of video call fails just waiting to embarrass them.

Forever Beta’s Beta Alliance, alongside its in-house creative, production and media team, pulled all of these fails together into one comically cringeworthy quick turnaround online film for the cybersecurity provider.

The ad highlights the importance of continued cybersecurity while working during lockdown. It shows that while there are many potential pitfalls of WFH, with Kaspersky, keeping data safe is not one of them.

The film uses numerous video calls to collect increasingly embarrassing fails that have become the staple of social media feeds in the past weeks.

From the cute kid running into a meeting singing about bananas to the other end of the scale of a man not shutting his camera off and walking away in just his pants.

And of course, the woman who turned herself into a potato and couldn’t turn back.

The ad ends with the line: “Working from home can be chaotic, we can’t make you fail-proof but we can keep your data safe.”

There will be 30-second master film and 3, 15-second cut downs running across online and social for the next month.