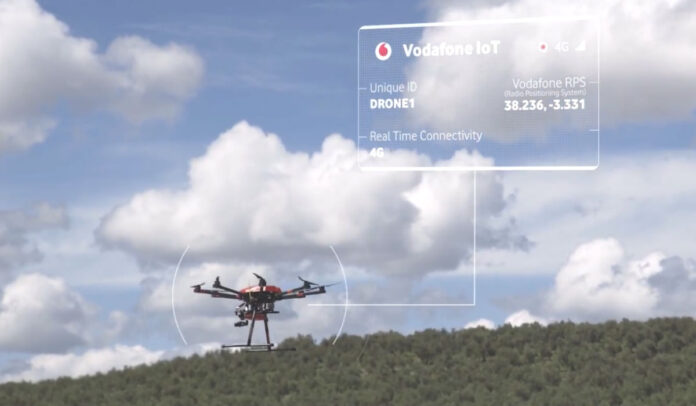 Vodafone UK wants commercial and public sector drone machines to be fitted with SIM cards to give them cellular network connectivity.

This would help reduce illegal and irresponsible drone use, the company argues, the like of which closed Gatwick Airport in December 2018 and which has caused many potentially catastrophic “near miss” incidents with passenger aircraft.

A new report, called Cellular-connected Drones, written by WPI Economics for Vodafone, reveals that 80% of people surveyed would support more widespread adoption of drones if there were a mechanism to provide increased safety, security and monitoring.

Ensuring drones were fitted with SIM cards would enable them to be flown beyond “visual line of sight” of their operators, the report argues, and for their true potential to be realised.

Currently, drone pilots must keep their drones within sight at all times.

Its Radio Positioning System, developed in 2018, would police such zones and prevent drones from entering them.

The report argues that remotely controlled and monitored drones could:

And the report calls for the government to: