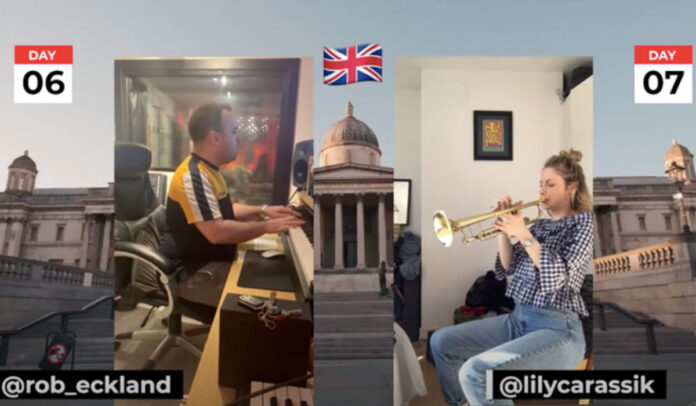 Sound and music agency DLMDD has launched a unique music experiment inspiring prominent musicians and artists around the world to collaborate and compose their unique soundtrack to isolation.

The experiment was initiated during the COVID-19 lockdown by Max De Lucia, co-founder of DLMDD.

It sees the creation of one continuous piece of music by a host of distinguished musicians and producers, each contributing 15 seconds of original music to the score each day.

Grammy award winner Davide Rossi, a musician, composer and producer famous for his work with artists including Coldplay, U2, Ed Sheeran, Goldfrapp and Kanye West, kicked off the project by recording 15 seconds of music in Copenhagen.

He then sent the piece around the world, with musicians from Ireland, Malaysia, Japan, Mauritius, the UK and US adding their contributions in turn.

The Lockdown Experiment has amassed contributions from leading names internationally across the music industry, including:

“Amongst the chaos and uncertainty caused by Covid-19, people around the world are being brought together by the enormous power of music”, said Max De Lucia, creator of the Lockdown Experiment and co-founder of DLMDD.

The experiment is more than just a show of music’s ability to connect us during these times; it’s also a great display of the creativity that’s happening whilst we’re all locked away behind closed doors.

“On day one, we had no idea where the idea would take us. But thanks to the ingenious contributions from so many incredible artists across the world, a powerful soundtrack is emerging to mark this unique moment in history.

“We’re honoured that so many distinguished musicians have come on-board so far and I can’t wait to see how the track continues to unfold in the coming weeks.”

The Lockdown experiment is ongoing and can be seen here