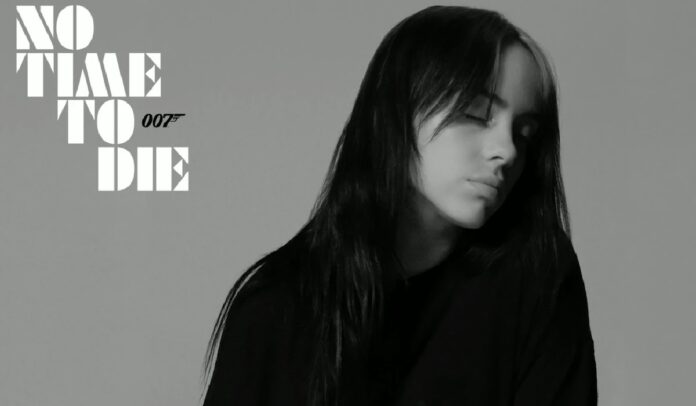 Billie Eilish has released the song for the 25th James Bond film No Time To Die and it seems like an instant classic.

The fabulously understated song is being hailed as a fitting end to Daniel Craig’s tenure as 007; if indeed this is the case. We’d love to see him stay on. Just saying!

No Time To Die is the eponymously named tune and comes complete with the traditional Bond theme undertones.

Eilish co-wrote the song with her brother Finneas O’Connell. She is record as having said that producing a Bond theme was one of their life goals.

The song has already received a staggering 6.5 million views on the 18-year-old singer’s YouTube page and looks set to be a hit.

Sam Smith, who sang Writing’s on the Wall as the theme for the last Bond film, Spectre, gave it a thumbs up.

“It depends on how much pressure you put on yourself I think. I put a lot of pressure on myself… I didn’t realise how people really have in their head what a Bond song is so you’re never gonna please everyone. But she’s done such a beautiful job and she’s kept it classic which I’m so happy about.”

Eilish will also perform the new Bond theme at the upcoming Brit Awards, taking place in London next week.

According to music site Popvortex, Eilish’s Bond song is currently at number 1 on iTunes US streaming charts.

The film itself will appear in cinemas in April.