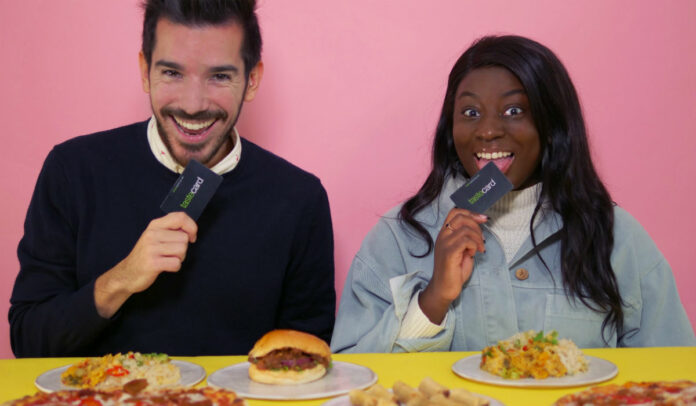 Jackfruit has been unveiled as the tastecard Taste of the Year 2020 by the discount dining club, as both professional chefs and consumers across Britain predict 2020 to be the year of the meat alternative.

In two separate surveys, jackfruit topped the polls as the food both consumers and over 300 professional chefs and restaurateurs expect to see explode on to the high-street restaurant scene next year.

The fruit, loved by vegans and vegetarians alike, has already seen its popularity rise in 2019 with more people trying plant-based diets this year.

Women have stood out as the most open to try meat-free dishes, with 18% admitting to having tried new vegan options vs. only 6% of men.

Jackfruit was singled out from a list of ten tastes, picked by the food and growth experts at tastecard, the UK’s largest dining club. Other tastes to get tongues wagging in 2020 include turmeric, collard greens and goji berries1.

The fig and breadfruit relative, often used as a meat alternative was the top choice of influencers and experts including chefs, catering specialists and food retail managers in the UK.

In addition, families and foodies should look forward to seeing even more jackfruit appear on restaurant menus across the country and at home with restaurant brands including Giraffe, PizzaExpress and Chiquito serving dishes including the fruit.

The consumer research revealed that jackfruit has been the one food item people have come across the most in restaurant menus this year (34%).

This is perhaps related to consumers’ demand and interest for plant-based dishes, with 12% of respondents attempting to switch to a vegetarian and/or vegan diet in 20193.

With its increased popularity, jackfruit may well start to also be featured at home. Available from every major supermarket, jackfruit can be used in a variety of ways and in traditional dishes including fishcakes, Sunday roasts and burgers; jackfruit hotpot anyone?

The seeds can also be cooked, eaten on their own, or ground into flour. And when eaten raw, jackfruit is sweet and has a similar taste to pineapple, mango and banana.

To celebrate the tastecard Taste of Year 2020, tastecard is releasing a limited number of its coveted membership cards, all jackfruit flavoured.

The cards, created by the Robin Collective, offer a number of discounts at 6,000+ restaurants across the country.

Tastecard’s CMO, Anwar Sultan said: “The jackfruit trend is set to soar in 2020 with the ingredient being favoured for mainstream menus and served on dinner tables across the country.

Jackfruit – the largest tree borne fruit in the world – originated in southwest India, where it grows abundantly, can also be found in the East Indies, the Philippines, Thailand, Malaysia and Indonesia.

Since its inception as tastelondon in 2006, tastecard offers members 2 for 1 meals or 50% off food and at 6,000+ restaurants including PizzaExpress, YO!, Frankie & Benny’s, Beefeater Zizzi and more.