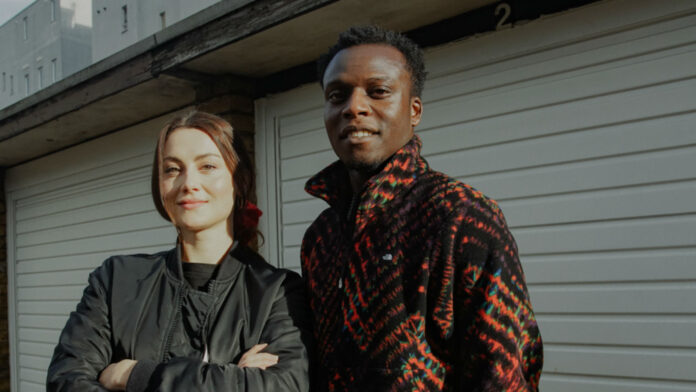 Next generation content house Untold Studios has announced the double appointments of Nathan James Tettey and Iona Goulder as Creative Directors at the firm.

Nathan James Tettey, one of the UK’s most sought after music video directors, is taking up the role of Creative Director at Untold Studios.

He joins from Warner Records where he was Head of Creative.

Tettey made his name directing numerous high-profile music videos including ‘Own It’ by Stormzy, Ed Sheeran & Burna Boy, and ‘Only You’ by Drake & Headie One.

His body of work has had well over 100 million YouTube views to date.

Early in his production career, Tettey worked at Partizan and Blink and he founded Dirty Works. At Untold, he will work across TV, music and advertising, and will continue to collaborate with artists on their music videos.

“Nathan is one of the most exciting voices of his generation”, said Darren O’Kelly, CEO at Untold Studios. “He’s a brilliant, noisy, creative as well as an inspirational human.”

Tettey added: “I want to do great work with good people and I know that’s possible at Untold. I’m looking forward to getting stuck in”.

In a further indication of its ambition and intent, Untold has also appointed Iona Goulder as Creative Director.

She recently returned from LA where she was Vice-President and Creative Director at Kyra TV.

During her time at Kyra, Goulder developed and launched new IP and original content across the network, including the hugely successful, unscripted Youtube show NAYVA.

She previously worked at Amuse, part of VICE Media Group, and adidas, where she was Senior Content Strategist.

Rochelle Palmer, General Manager at Untold Studios, said: “Iona is brilliant. She understands exactly how to develop original shows for digital audiences – the audiences brands and commissioners we work with want to reach.

Commenting on her appointment, Goulder said: “I’m a huge fan of the incredible, wide-ranging creative output of Untold Studios and I’m so pleased to become a part of the team.

“Original content is one of the studios’ most exciting areas of development and I can’t wait to partner with creators to produce new shows in this space.”