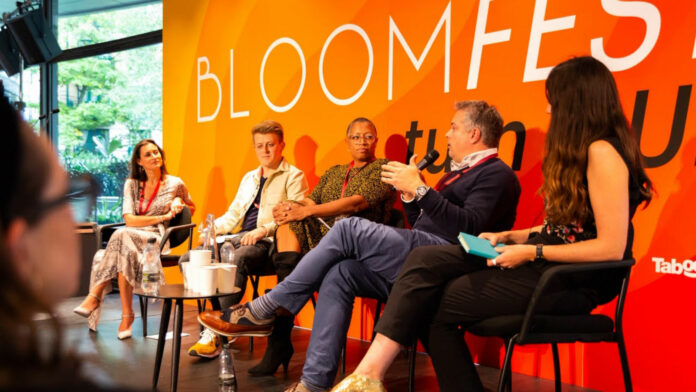 New research has revealed that the UK’s creative/media industry isn’t as forward-thinking and diverse as it might like to think.

The survey of more than 300 employees at all levels among creative agencies, media agencies and media owners was carried out by media agency UM in partnership with Bloom UK, the professional network for women in communications.

Six out of ten (59%) employees and leaders wouldn’t call the industry ‘progressive’ at all, rising to 64% of those in creative agencies.

Again, creative agencies came out worst: 35% of workers there feel they didn’t receive a promotion due to their background (compared to an industry average of 28%).

In addition, senior leaders are apparently more cynical than their more junior colleagues: they are 20% less likely to think the industry is progressive.

Of course, this could be read as a positive sign that they’re aware that more could be done.

“The overwhelming message from the research is that our industry is still too focused on talk when it comes to diversity and inclusion and there’s not enough action”, Sophia Durrani, managing partner, strategy at UM, said.

“People are fed up: we need to stop resisting what the world actually looks like and find ways to embrace it.

“The data also suggest that perhaps treating our industry as a one entity is the wrong way of looking at things. It may be that creative agencies are in a different place in their D&I journey.”

The survey highlighted that the number one factor in helping agencies to be more inclusive was a very visible diverse leadership team – 59% thought so.

In addition, 72% saw a diverse group of leaders as a defining characteristic of the most progressive organisations in the sector.

However, the perception in many businesses is that such leadership doesn’t exist.

Worse still, only 7% think they have any disabled leaders at all.

Stephanie Matthews, president of Bloom UK, added: “It’s possible some of these leaders exist and people just aren’t aware of them, as some of these characteristics aren’t always visible or talked about.

“However, it’s still very clear the communications industry is genuinely lacking diversity at the top.

“Bloom UK has launched a number of initiatives to tackle these issues, such as piloting The Exchange programme this year – a two-way mentoring scheme between senior male industry leaders and mid-level women in the industry to help forge a new way to look at gender in the workplace.

“Bloom women mentored senior men on how best to retain female talent within their company and ensure a fairer, more equal environment, while the men mentored women on how to overcome the barriers to leadership.”

It went on to reveal that those in more privileged positions, mainly men, are feeling pressured by the growing focus on inclusion in the creative/media sector: a quarter (26%) of men feel it’s putting senior white men at a disadvantage and a third (34%) of them believe women actually have more opportunities than men for support, training and personal development.

Durrani concluded: “It’s only natural that most people will think about D&I and progressiveness through the lens of their own experiences.

“Looking at the data, men are more likely to feel pressured and at a disadvantage because of the acceleration of the D&I agenda.

“Those in privileged positions in our industry have the potential to be diversity’s greatest allies, but progress will be limited unless any perceived threat is addressed.

“We need to ensure the education job is done. Those pushing for diversity are in danger of sitting in an echo chamber and so they need to talk to their friends and colleagues.

“It’s understandable that many of those in privileged positions feel threatened. To tackle this, we must get the conversations out into the open.”