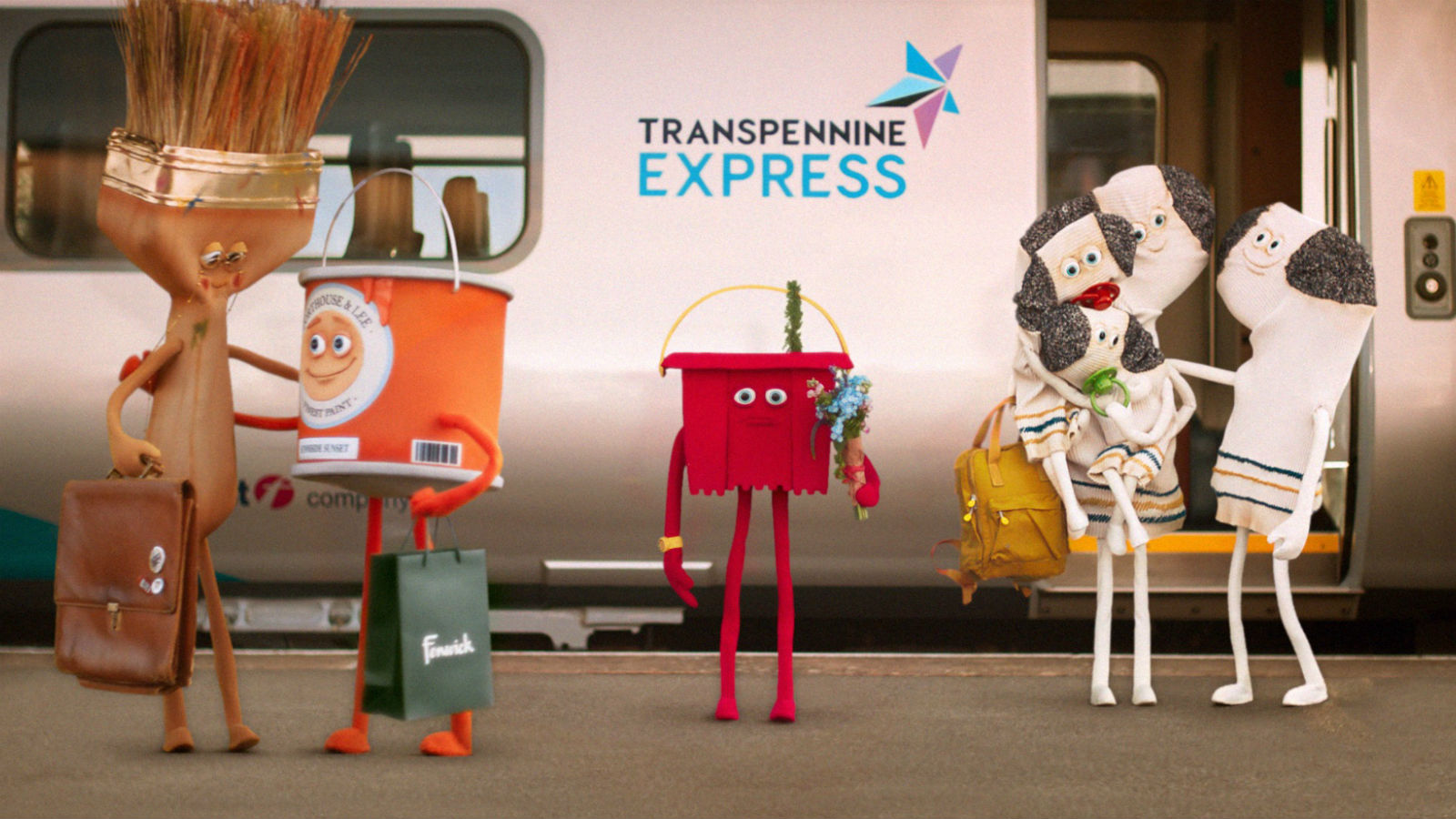 They’re clearly hoping it’ll be a case of ‘all aboard’ as TransPennine Express – the intercity rail company serving Northern England and Scotland – announces the arrival of its state of the art trains in a new campaign created by London-based agency, ENGINE.

Since TransPennine Express’s launch in 2016, the company has had a clear vision to ‘Take the north further’, investing £500m on a host of improvements – from more seats and new routes to new connections, on-board entertainment and better free wi-fi – to create a step change in rail services across the north of England and into Scotland.

2019 sees the beginning of a transformation of rail services in the North of England and Scotland with the start of the rollout of the brand-new Nova Fleets of trains, that are not only faster, sleeker and more comfortable, but will also provide thousands of extra seats.

The new campaign shows that with TransPennine Express, travelling to see the people you care about is more enjoyable than ever.

The campaign features a world in which the unlikeliest of objects are the passengers, who are all making their way across the north to get together with their perfect partners and natural friends.

Voiced by an all-star cast, it includes a red bucket boarding a train along with a tea-sipping torch, a self-tapping laptop and a romantic literature-reading paintbrush.

Director Joseph Mann’s trademark humour and keen eye for design enliven the 19 puppet characters through his clever use of design and texture, making the absurd relatable. After all, why wouldn’t a family of socks have somewhere to be!?

“Our new campaign is based around how we help bring people together across the North of England and Scotland”, Caroline Anchor, Head of Marketing, TransPennine Express, said.

“And now with the introduction of our fancy new trains, with added capacity and the investment that we have made into our onboard experience, getting together has never felt better for our customers.

“We really love the characters that have been created for this campaign. It was important for us to have a launch campaign with cut-through and scale to deliver our new news in an engaging and memorable way.”

Rob Carter, Client Managing Director, ENGINE Creative said: “We always set out to deliver an idea with bucket-loads of warmth, charm and cut-through for this important new launch.

“Ultimately the train is the hero, but it is the diverse characters who create the relevance, showing TPE’s ultimate role in bringing the people of the North and Scotland together.”

Joseph Mann, Director, Blinkink said: “The starting point that the agency came up with felt like an idea that people could really connect with and I really loved this about it.

“So I developed the story in a way that I hoped would connect people to their own lives and their own family’s even though the characters are not human beings.

“From the very start I wanted to make each moment in the story feel as relatable and as human as possible. The objects are all simple everyday things that work in pairs.

“Bucket and spade, paint brush and paint pot etc. So the challenge I faced was turning the everyday mundane into a world of unique and characterful individuals.

“We used things like broom bristles for paint bristles and most of the characters were wrapped in tactile fabrics to give them a charming hand-made feel.

“Everything was made from scratch and we had great fun putting them together! We shot with over 19 puppets for 4 days on a real train. The puppets were all human size and brought to life in camera using live action puppetry techniques.”