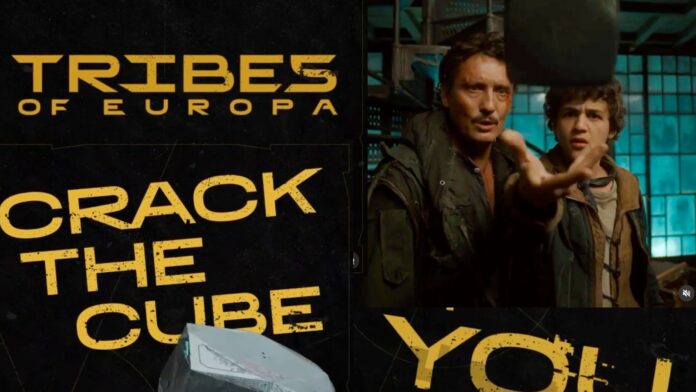 Netflix is announcing an online scavenger hunt in collaboration with Twitch, to promote the new German Netflix Original Series, Tribes of Europa.

The campaign was created by digital creative agency, Tommy and it involves a digital scavenger hunt, called The Race for the Cube, that will be streamed live on Twitch on the channels of  four participating streamers.

The event will last for 90 mins and will air on the service on Sunday, 21 February at 5pm CET.

Streamers: Manzio from Poland, Geenelly from the UK, as well as Shurjoka and TrilluXe from Germany and Austria will receive a selection of cryptic props from the world of Tribes of Europa, including a mysterious cube.

Each streamer will be assigned a tribe, and with no access to any other tools or resources must rely entirely on their Twitch community to win The Race for the Cube”.

Each streamers’ community will have to work together in order to decode complex messages to unlock the secrets of the mysterious cube, with the help of technical tools ranging from an interface producing dynamic text, to hologram messages, an augmented reality lens and chat box challenges.

Clues will be scattered around the internet, hidden within subreddits, Instagram stories and even in the first episode of the series. Audiences can get a glimpse of the event, on the official launch trailer here

Chris Edwards, Co-Founder of Tommy, commented: “Tribes of Europa will unite communities across Europe in different ways and we wanted to tap into this and the competitive yet collaborative communities on Twitch.

“We’ve utilised all sorts of digital trickery and the event is going to need every ounce of their collective brainpower and internet knowledge”.

Tribes of Europa, released on Netflix today (February 19), is set in the year 2074 in a post-apocalyptic Europe and tells the story of three siblings who were tragically separated after an attack.

The world has been fractured following a mysterious global catastrophe and it is now split into micro-states and run by tribes.

Led by their need for survival and irrepressible will to reunite their family, the new world’s fate lies in their hands.