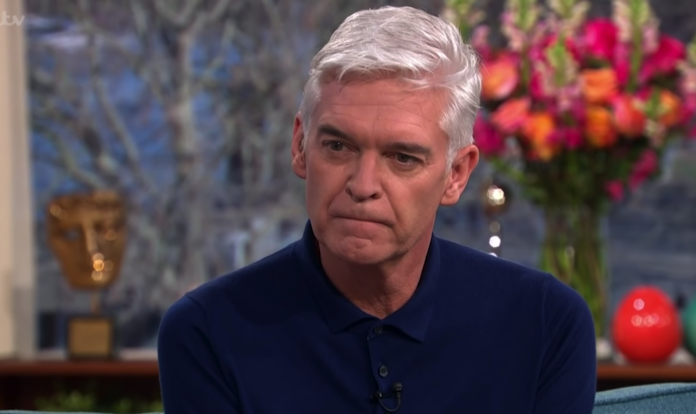 In an emotional letter, the 57-year old TV presenter said he was coming to terms with the fact he was gay. He added that he had the strength and support of his wife and daughters.

Here’s the moment on This morning where he discusses coming out with co-presenter Holly Willoughby:

He’s one of the most recognisable TV personalities in the UK.  For years he has sat on This Morning’s sofa along with co-presenter Willoughby, often interviewing guests with ‘secrets’ of their own.

“Every day on This morning, I sit in awe of those we meet who have been brave and open in confronting their truth – so now it’s my turn to share mine. This will probably all come as something of a surprise and I understand, but only by facing this, by being honest, can I hope to find peace in my mind and a way forward.”

Many within the showbiz world may well have been aware of Schofield’s true sexuality for years.

Indeed, co-presenter Willoughby, said in a heart to heart on today’s show said that she had known of his struggle.

“I know that is something you have been living with, that inner conflict, for a long time.”

She also wrote on Instagram that she has “never been more proud of my friend than I am today”.

A statement from Phillip pic.twitter.com/iIE7NcLZ2I

The surprise statement comes after months of reports of a rift between Schofield other celebrities.

Gossip of falling outs with Ruth Langsford and husband Eamonn Holmes were quashed as the pair joined Schofield and Willoughby on set today. This was amid a huge round of applause from the crew.

Fellow stars have been offering their support and congratulations on what was clearly a very difficult and emotional moment for the TV presenter and his family.

We’re happy that Schofield has finally admitted his own truth. It is not easy, when hidden like this for so many years, to suddenly be open. We hope it gives him and his family strength.