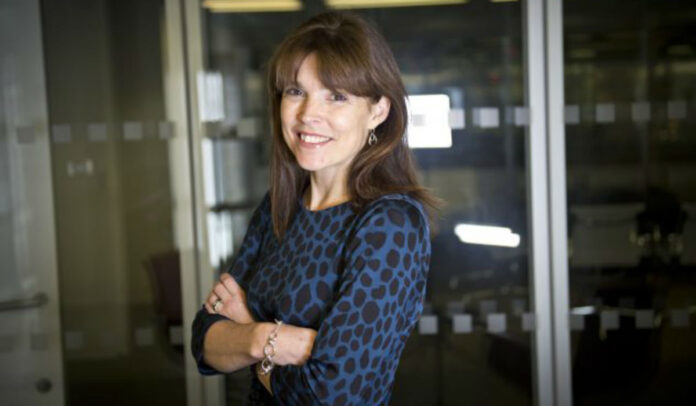 The Sunday Times has appointed Emma Tucker as its first female editor in over 100 years.

You have to wonder why it’s taken them so long, but we’re just glad it’s finally happened.

The Sunday Times change of guard

The News Corp owned newspaper also announced that current editor Martin Ivens, is to step down after seven years.

Tucker will commence as editor on Tuesday 28 January and reports to Rebekah Brooks, CEO of News UK.

“I am delighted Emma Tucker is taking on the role as editor”, Rupert Murdoch, Executive Chairman, News Corp said.

“She has had a stellar career in both print and digital journalism. She has a clear understanding of how digital is affecting our industry. And how it can be deployed to the benefit of all readers.

“I know she will do a great job as the next editor of this outstanding publication.”

Commenting of Ivens track record, Murdoch added: “Under Martin’s editorship, The Sunday Times has broken investigative stories of global impact, such as the reporting on FIFA, and the paper has built on its strong record for political reporting and campaigning.

“Martin’s wisdom and encyclopaedic knowledge of history have long enriched The Sunday Times and its readers. I thank Martin for his great service.

Rebekah Brooks, CEO of News UK said: “Emma becomes the first female editor of The Sunday Times in more than a century. She brings with her invaluable experience and great energy.

“On The Times, she has played a key role in the digital delivery of our content and in overseeing the evolution of our products and newsrooms.

“Emma joins a talented team of journalists on The Sunday Times. I wish her the best of success in her new role as editor. ”

Commenting on her new role, Tucker said: “The Sunday Times is one of the most famous newspaper brands and it’s an honour to take on the editorship.

“Its record of investigative journalism, political scoops and breaking stories is unrivalled, as well as its features which set the agenda in the world of arts, fashion and culture.

“I look forward to continuing that legacy of first class reporting and working with the talented team there.”

Ivens will join Times Newspapers’ Board as a Director. He will continue to contribute to our coverage as a commentator and broadcaster.