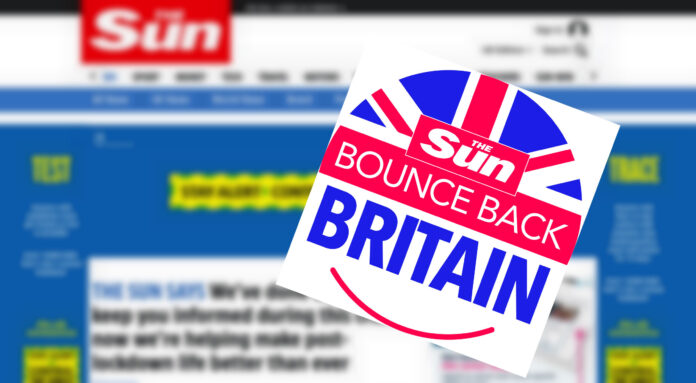 The Sun newspaper has launched a new campaign called Bounce Back Britain.

However, it also chose to lead with a controversial headline giving front page space to the violent ex-husband of Harry Potter author JK Rowling.

The aim of the main campaign is to get the country back on track as it emerges from lockdown. However, this was totally eclipsed by the paper’s front page story on Friday.

The Sun drew almost universal criticism for its choice of lead story.

Scottish parliament member, Gillian Martin, also commented on Twitter that the article would be “beyond triggering for many abuse survivors, and enabling to abusers”.

“It is irresponsible and dangerous. I could weep for the way women are treated by the tabloid press – still – in 2020,” she said.

The tabloid newspaper had said its new campaign will lend a helping hand to people, communities and small businesses.

It said it will help get people back to work; offer exclusive top value promotions; and has a roster of experts to give advice and reassurance on everything from childcare to CV writing.

Yet the plight of women who suffer domestic violence and abuse, appear to be missing from the editorial values of the paper.

Just before lunchtime, though, The Sun posted a statement on its Twitter Page, sort of half  apologising for the offence caused by the piece.

The campaign will run across online, print and social platforms over the coming months; and a manifesto was published in the tabloid’s leader column today.

This weekend, The Sun will champion the return of the great British high street, as it encourages shoppers to enjoy the return of non-essential retail, with big names lined up to offer their expertise.

However, what could have been a mood lift for many Brits has been overshadowed instead by a tasteless story.

So much so, that the hashtag #dontbuythesun is now trending on Twitter.