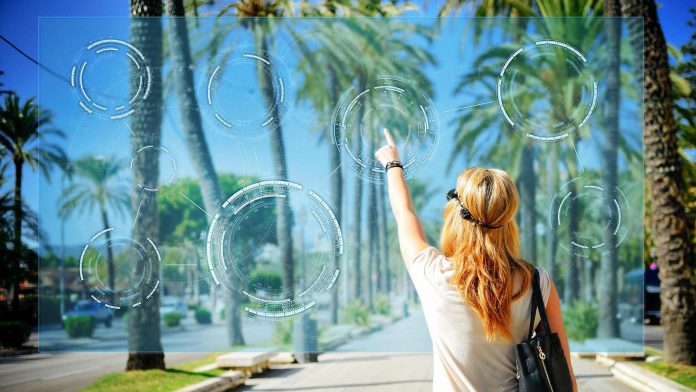 Every new technological wonder comes with its promise of good for humanity, which then, sadly, so often fails us.

Many would argue that social media has ushered in a new age of cruelty where all can be lost in an instant and being ‘cancelled’ is now almost a cool thing to have happen to you (ask Ricky Gervais).

Now we have the great promise of the metaverse. So can we get THIS one right?

As we all try to figure out how and what we will soon be able to do in this new immersive virtual multiverse, some are pondering bigger question of how we might avoid the mistakes of the past and make it a truly benign habitat to challenge all the main issues facing our real, earthly world?

Al Berry is the Executive Strategy & Innovation Director at future first studio Green Rock, and he gave us his insight on how the great new virtual world might be used as a force for good…

It might seem early to start thinking about the metaverse for good, but given the pace of development, current brand experiments and the willingness to invest means that the metaverse, in whatever form, is likely to provide a channel for the next generation; and it’s only polite that we can offer something beyond expensive digital trainers and product placement in video games.

So how can we use the metaverse for good? Taking a big issue that we should all be thinking about – climate change – there are many ways in which the metaverse can be explored to educate, campaign and illustrate impact.

The current headlines around climate change do not make for easy reading: Trees are not going to be our saviour, NASA is detecting heat islands in the extreme Indian heatwave, The global south is suffering, People are dying in South Africa’s floods  – the headlines go on.

It’s easy to become overburdened reading about this every day, especially if it’s hard to imagine turning this situation around.

Now, the metaverse is not going to solve all of this. It’s a huge and complex problem, political, ecological and industrial.

But, the metaverse, in various forms, can be used as channels to raise awareness, change hearts and minds, invite people in, grow communities and educate people.

That’s not saying that all climate change messaging should be in VR, but it is an exciting new channel and treated correctly, it could be a way of reaching people who might not be paying attention.

As an example, think back (if you are old enough) to the Ethiopian famine in the 80s. This human catastrophe affected more than seven million people, orphaning kids and leaving millions of people displaced. It was a massive tragedy.

There were pictures in the news, heartbreaking and upsetting. But as humans do after consistent exposure, there was also compassion fatigue. The more photos of children dying appeared in the media, the less people were able to empathise.

Live Aid was designed to change this and get people engaged. It didn’t save the world, but it did put the famine at the top of the list in some countries for foreign policy and it certainly returned the issues to the minds of the public in a way that they were less likely to turn away from.

Today we have all sorts of problems too – and when it comes to climate change, it will affect some people in a similar fatiguing way.

We don’t want to change the story, but we can change the way it is told and the metaverse can be a channel that raises engagement.

Already there are efforts to explore this, Arcadia Earth in New York is an immersive exhibit that uses AR to spread awareness around climate change and researchers are using 3D modelling and VR to capture and share visions of the world’s most fragile ecosystems.

Education is a strong point here, immersive experiences that show rather than tell audiences what is happening in the natural world are powerful teaching aids.

Communities are also vital and there are thriving movements around climate change who could meet other like minds around the world in real time without having to fly and via an experience that can be more interesting than a video call.

It’s important to think this through. If you are excited about virtual spaces and you get to a climate change event that you’re into, but the spaces are empty digital halls filled with text and a few moving images – this is not an attractive experience and it’s one that creators would be wasting money and time on.

I’m not saying we need to recreate Live Aid in the metaverse – although that might be an idea – but the metaverse, like anywhere else, needs to be exciting, attractive, and social. A place you want to be or return to and something you want to talk about with friends on social media.

If you want to educate people on climate change through virtual spaces, for goodness sake don’t make it boring, otherwise there are a million other things people could be doing online instead.

There are of course going to be issues. With every good move in technology there are people who will use it for ill. Lexology writers are already rightly questioning how Meta will handle climate change misinformation in the metaverse when it appears to be struggling on its current platforms.

There are also important questions to be asked about the manufacturing, distribution and recycling of headsets and new technology products that will be needed to access these digital spaces, not to mention the energy it takes to create and run them.

The metaverse is bringing us really important questions that are worth scrutiny, debate and working on.

While lower income and people in different parts of the world are less likely to be enjoying the latest upgrade to a VR headset today, maybe we should be asking how we can change that access and what we want to share with them when they get there.

Isn’t that better than asking people to pay real money for a pair of trainers they will never wear?