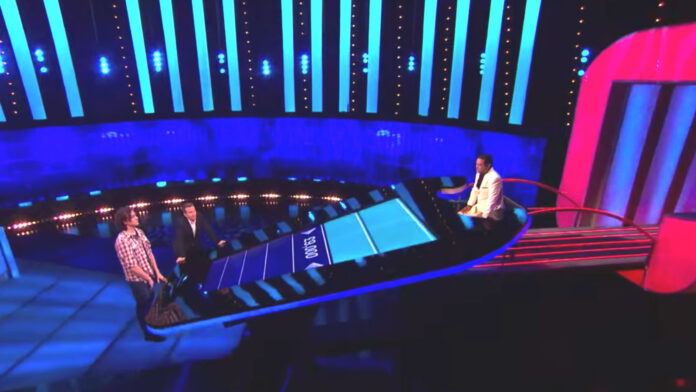 ITV daytime quiz The Chase has drawn the two biggest audiences ever in its 11 year run this week.

With an average of 4.9 million viewers tuning in yesterday (Thursday 19 November), the show, presented by Bradley Walsh, was the biggest daytime programme on TV across all channels so far this year outside News, coronavirus briefings and Sport.

This broke The Chase’s own all-time record, which had been set the day before (18 November) with 4.8m.

On both days more than a third (34%) of TV viewers tuned in to watch the show.

The Chase also introduced its newest Chaser this week. After months of speculation the newest Chaser was named as Darragh ‘The Menace’ Ennis.

Fans were shocked to discover that Ennis was actually a former contestant on the show.

Ennis won £9,000 during his cash builder round, but his fellow contestants took lower offers, scuppering his chances of big money. In the end they each left with just £1,575 each.

Ennis said: “I’m so pleased to be the sixth Chaser. It’s brilliant to be on such an amazing quiz team, and so much fun working with Bradley Walsh.

“It’s such an exciting opportunity and I can’t wait to take on more contestants!”

Host Bradley Walsh added: “Another Chaser? ANOTHER CHASER? That’s another person cleverer than me on The Chase.

“I must have words with the producers. But I can’t wait to educate Darragh on the important things in life; custard creams, cowboy films and real ale.”

Executive Producer Helen Tumbridge said: “We’ve gone from the Fantastic Five to the Sensational Six. We all think Darragh is the perfect addition to our Chase family.”

Creative Director, Potato, Martin Scott said: “It’s a pleasure to welcome a past Contestant who is now our new Chaser to the family. I’m sure he’ll take no prisoners!”