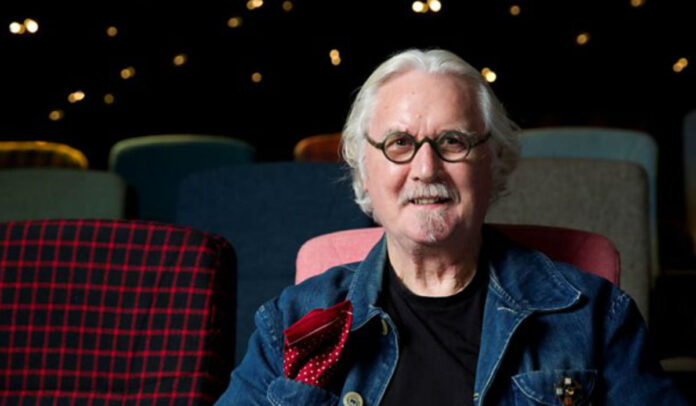 BBC Scotland is to air a new series on the career of hilariously funny comedian Billy Connolly.

At the heart of a season of programmes will be a new six-part series Billy And Us.

The new series starts on 14 May at 10pm. It has the Big Yin himself reflecting on his life alongside treasures from the archives.

Subjects ranging from the shipyards to sex, religion, class and politics will be up for grabs.  And Billy, in a new and candid contemporary interview, talks about his life, career and routines; shedding light along the way on the cultural landscape of Scotland… and beyond.

“All my life I’ve wanted to make people laugh…”Connolly said. “(W)hile I might have been shocking, I never set out to shock, I just did what I thought was funny; but looking back I can see that by sending up what was around me at the time, I might well have ended up breaking down barriers and taking on the odd taboo.”

He reviews a range of archive film throughout the series, ranging from classic routines and interviews to some rare and long forgotten documentary footage.

As well as the series, which is produced by BBC Studios Documentary Unit, the season will include the Peter McDougall-penned drama Down Among The Big Boys; which Billy Connolly starred in in 1993, and the film Mrs Brown.

There will also be a screening of the Bafta tribute shown on the BBC in 2002, the Billy Connolly Who Do You Think You Are; the series Billy Connolly: Made In Scotland; and the documentary Billy Connolly: Portrait Of A Lifetime, from 2017.

The latter focussed on the BBC Scotland project in which three artists – John Byrne, Rachel Maclean, and Jack Vettriano – were commissioned to create portraits for murals of Billy. These then went up around his home city of Glasgow, in the year he turned 75.

Steve Carson, Head of Multiplatform Commissioning at BBC Scotland, said: “In this special new series Billy reflects on his life and career; from his childhood to finding fame as a groundbreaking and taboo-busting comedian and musician.

“Billy’s story is in part Scotland’s story. The series also traces the social history of the country that helped shaped him.

“At this difficult time, we’re delighted to be able to bring the series Billy And Us to the BBC Scotland channel; alongside a range of other programmes featuring this iconic and much-loved man.”