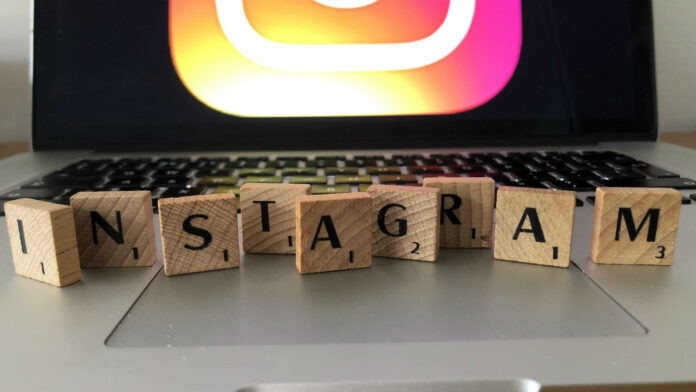 With over 300 million followers, Instagram is one of the world’s most powerful social media platforms.

However, as its legions of users are discovering, the social image sharing company has an increasingly serious problem in the way it treats those who sign up to the network.

The problem is widespread and is encouraging hackers to offer ‘recovery services’, because Instagram’s own user support processes are broken.

In short, this social network appears to be unwilling to engage with its users at the support level.

In fact it’s so riddled with problems that the head of Instagram Adam Mosseri himself has been forced into making a series of frankly weak videos in an effort to explain away the firm’s failure to support users with adequate engagement systems.

In particular Instagram is at the centre of a growing storm over the disabling of genuine users’ accounts without any discussion or ability for the user to prove that they are who they say they are.

Many of you are frustrated with Instagram. We’re committed to doing better, and being open about what we do and how we do it. #ThisWeekOnInstagram pic.twitter.com/LDDpQUigWu

Even more worrying for users, and ultimately for the platform itself, is the growing band of hackers offering to reactivate disabled accounts on behalf of desperate users. In effect, Instagram’s unwillingness to engage with users means hackers are stepping in to plug the gap. No-one needs to explain why this is a dangerous precedent.

Many could argue that this refusal to engage means Instagram is in fact helping hackers and bad operators instead of supporting the audience which has helped it generate billions in revenues.

This week I found myself in the galling position of having my own tiny profile (markjohnson_writer) disabled by the platform. The reason Instagram gave was that “I was pretending to be someone else”. I wasn’t and never have.

And if for some reason something on my account had started acting weird, it could only be because my Instagram profile had been hacked. Hardly the user’s fault.

I followed the links to try to re-enable the profile, which included taking a photo of myself holding my passport. A rather invasive and questionable approach, but I did it to prove who I was. Actually, so far, I have done this seven or eight times.

A message flashed up saying I would be contacted by email. No such email has ever arrived.

I tried to contact the platform via Facebook, which owns Instagram. I received a reply – in French, bizarrely – saying my passport didn’t match the details they held. This was extremely worrying because I had never previously shared my passport with anyone, least of all a social media platform.

Without being dramatic, the experience of being forcibly ‘disabled’ and unable to engage with Instagram has left me feeling isolated, depressed and powerless. I’m shocked that something like this could affect me so much. But it has.

Being an editor I decided to try my luck by connecting with the company via its press office – futile. I contacted Laura Clare, Instagram’s director of communications for the EMEA region via LinkedIn – nothing, zilch, nada.

I also directly commented and tried to engage a response from Adam Mosseri – figuring that, since he’s happy to go to the trouble of making rambling videos trying to explain why his users are so annoyed with the site – that he would be happy to hear about a serious issue that he could act upon. I contacted Adam via Twitter and Instagram, but he hasn’t bothered to reply to either requests.

‘David and Goliath’ task of the user

I am not alone. The scale of the problem with Instagram treating people and their profiles with such recklessness is widespread. A quick search on the web, news and other social media sites will deliver hundreds of incidents of people finding themselves in exactly the same situation as me. Many have more followers and have lost more than I.

A couple of months ago, someone set up a fake account pretending to me and started trying to recruit my friends and followers to their profile. I don’t know who it was, but I reported it to Instagram and in that instance the firm immediately took action.

Of course, I’m just a tiny worthless writer. a minuscule David to the Goliaths of social media. I’m nothing compared to Mark Zuckerberg, who is worth more than $109bn according to Forbes; the Head of Instagram, Adam Mosseri who’s worth $120m and Instagram’s ceo, Kevin Systrom, who’s worth $2bn.

All three of these guys are 36 years old. But these “accidental billionaires” face a huge problem. The image-sharing platform’s own image has become so problematic that even one of its original 13 staff, Bailey Richardson, sensationally quit the photo-sharing app in 2018.

Richardson all but claimed the site was detrimental to mental health.

“In the early days, you felt your post was seen by people who cared about you and that you cared about,” Richardson was quoted as saying at the time. “That feeling is completely gone for me now.”

The company was founded in 2010. This means it is just 10 years old. Not even a teenager. But its behaviour towards it users is currently anti-social, destructive, secretive to the point of abuse and deeply harmful to an individual user’s mental health, when they find themselves locked out and unable to re-establish themselves on this very social platform.

It makes you wonder why former Royals like Prince Harry and Meghan Markle are willing to use such a site, given their claimed deep interest in the importance of mental health.

Engagement and contact issue at heart of the problem

The heart of the issue facing Instagram is that, ironically for a social media platform, its users have no way at all to communicate easily with Instagram. The company has no call centres for customer enquiries, no email contact support and no way to easily prove to the firm who they are in order to re-instate a profile.

Instagram would argue that the sheer size of its audience makes support unviable. Yet the likes of Amazon, Twitter and the world’s most successful firm, Apple, all manage to provide this.

I think it should be government policy in the UK at least, to make it law that if a company wishes to operate in the country, it must provide easy to access user support.

Instagram is only successful because we all use it. If enough of us stop bowing to this monster of the social media world, it will die away as quickly as it grew. Its unwillingness to socially engage with its users will be its downfall.

As a journalist and writer I’m a huge fan of social media for good. But the behaviour, processes and ability for users to contact media companies themselves must be at the forefront.

Locking out people like me – a nobody, a struggling author trying to connect with family, friends and readers – sends a terribly negative message that says “you’re nothing and we don’t care about your rights”.

I can only sit and wait and hope that someone, somewhere within the secretive world of Instagram sees the error over my disabled profile and does the decent thing by reaching out to me with an apology.

The only recourse I have otherwise is to follow Bailey Richardson’s lead, give up using Instagram and instead use those platforms that understand that their vast fortunes depend on keeping genuine users engaged on their sites and who at least provide a workable level of user support.

Mark Johnson is the editor of Mediashotz and author of novels including Changing Trains, The Expat Commuter and The Blanket Seller. His genuine Twitter address is @MJKennington and his real Facebook author page is Mark Johnson – writer.