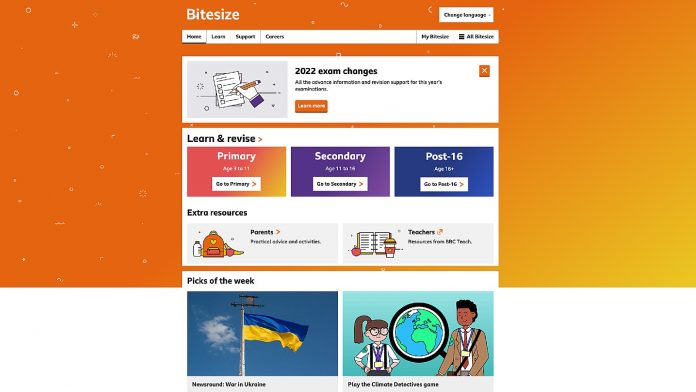 A new survey for BBC Bitesize suggests that the BBC is the most trusted news source for young people among traditional broadcast and print media, as well as digital media channels including Instagram, TikTok and YouTube.

It comes as BBC Bitesize launches the Other Side Of The Story campaign to help 11-16 year olds navigate fake news, disinformation and misinformation online and better understand which news sources to trust and why.

Building on the broadcaster’s popular BBC Young Reporter scheme, the campaign will provide videos, quizzes and classroom workshops for young people, teachers and schools, both face to face and on the BBC Bitesize website.

The project is aiming to help secondary school pupils improve their media literacy skills, while giving them practical insight into how news stories are constructed, and often manipulated, online.

The research also suggests that young people trust politicians less than they trust social media influencers to tell them the truth about the news.

Almost half (47%) said they trusted social media platforms to give them truthful news while 66% said they would check with their parents if they wanted to know whether information they’d seen or heard was correct.

Just under nine out of 10 young people (87%) said they understood what fake news was but less than half said they would search for evidence to back up their views and opinions.

Of those who said they had shared fake news online 62% said they later regretted it.

BBC Director General Tim Davie, said: “It’s vital young people have access to impartial and accurate information on the issues that matter to them and I’m pleased this latest research indicates the BBC is the most trusted news source for 11 to 16 year-olds.

“Our Other Side Of The Story campaign will give young people the tools to think critically about the information they consume and how to identify trusted outlets, whether it’s in print, broadcast or online.”

Helen Foulkes, Head of BBC Education, said: “The results show how confused a lot of young people are about where to go to get reliable information.

“They’re moving away from more traditional news sources but they’re not sure whether what they see and hear in other places can be trusted.

“By providing resources that help young people think more deeply about where news is coming from, whether it’s balanced or biased, fact or opinion or simply just made up, we’re hopeful we can arm them with the tools to feel much more confident about what they see and share in the future.”

BBC Bitesize, in conjunction with BBC Young Reporter, will be running a series of in person workshops in schools across the UK as part of The Other Side Of The Story, with videos and workshop plans available to all schools via the BBC Teach website.

BBC Young Reporter engages with thousands of 11-18 year olds across the UK every year, in partnership with schools, colleges and youth organisations and is part of the BBC’s commitment to media literacy and supporting young people’s understanding and interest in broadcasting and the creative industries.

To coincide with the launch of the new campaign, the national and regional winners of the annual BBC Young Reporter Competition have been revealed, with more winners than ever before across all nations and regions in the UK.

The 40 winners will work with BBC journalists, producers and programme makers to prepare their story for broadcast across the BBC, including on The One Show, BBC Breakfast, BBC 5Live, BBC News and BBC Local Radio programmes, as well as online and on social media platforms, in the BBC’s centenary year.

And in its 50th year, Newsround – the BBC’s flagship news programme for young people – for the first time selected 15 stories, specifically from 11-13 year olds, that will feature online throughout 2022.

Reports will range from the experience of being a young carer to being addicted to online gaming.

On Monday’s edition of The One Show (7pm, 20 June, BBC One), competition judges Huw Edwards and Alex Jones will reveal to one of the national winners that their story will be produced and broadcast by The One Show.

“They showed maturity of approach and great empathy and honesty. I was enthused by some, and moved by others.

“It’s probably the best standard of proposals I’ve seen to date. I look forward very much to seeing the results”.