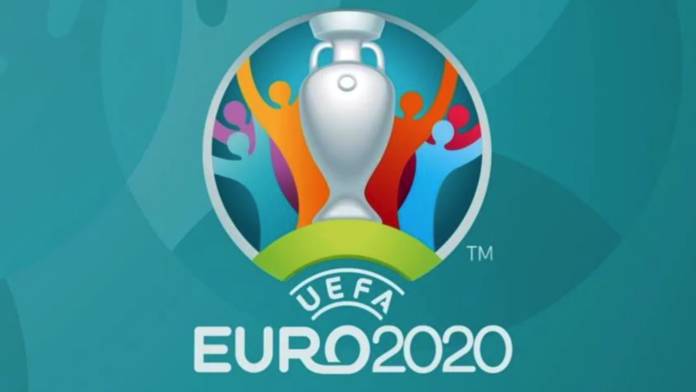 Taboola, an AI platform that powers content recommendations for the web, has predicted Spain will win the UEFA Euro 2020 football tournament, which kicks off today.

With the European Championships fast approaching, excitement and tension is building as fans get ready for the first summer of football since the 2018 World Cup – and it’s all to play for.

It’s no real spoiler in the real world of course, but Taboola said it has analysed nearly 262 billion page views from the start of the year up until now to reveal which teams and players have the most fan interest.

The tech firm based the odds of each team winning on related page views and created a simulation of the finale phase.

Based on the simulation, Italy, France, Spain and the Netherlands reach the semi-finals, but only France and Spain make it to the final duel, and Spain takes home the title!

One thing we know is that data doesn’t score goals, but we’ll all just have to wait and see, how exactly that plays out.

In the meantime, Taboola has also predicted some other outcomes around the event. 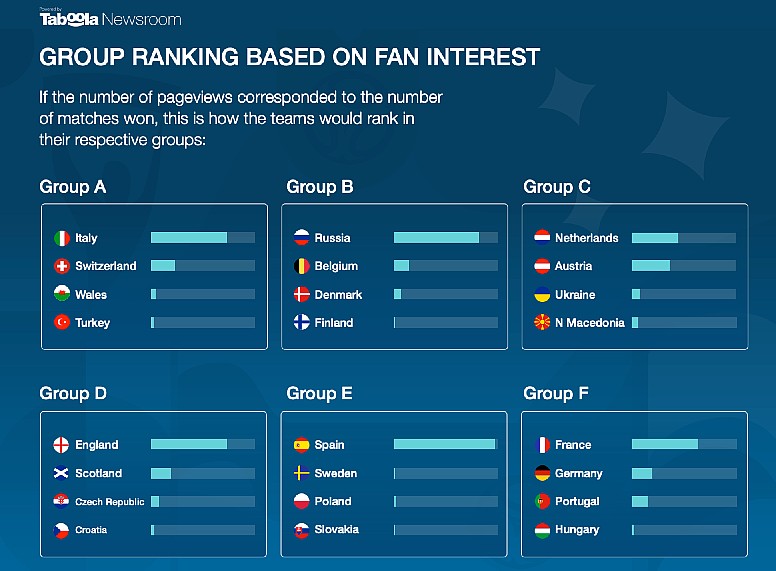 It also put together a ‘Dream Team’ based again on the number of page views each player has had.

Unsurprisingly, Portugal legend Cristiano Ronaldo tops the list and is miles ahead of any team mates with a colossal 823 million page views. 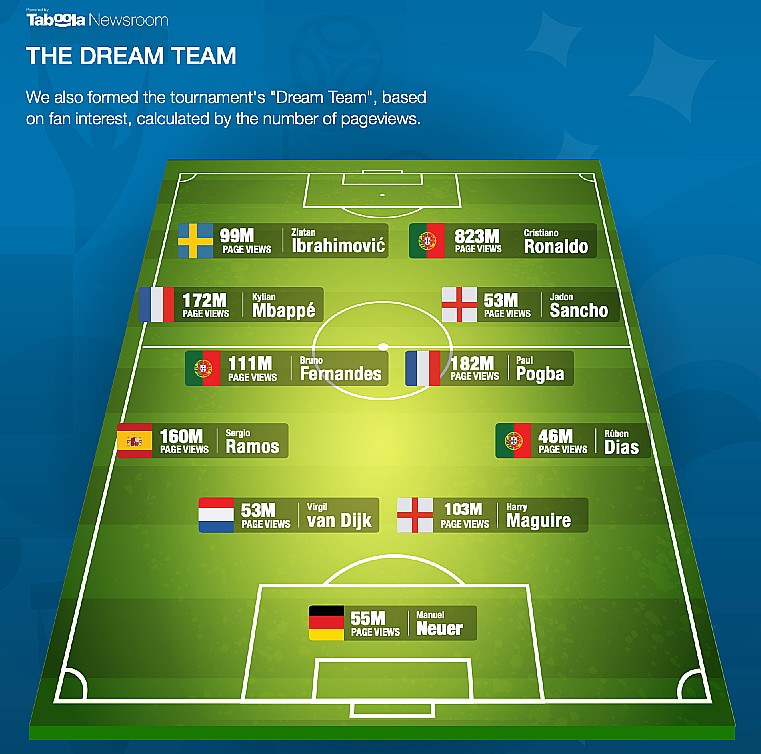 According to the analysis by Taboola, the most anticipated matches of the group stage will be England vs Scotland with 13.5m page views to date. 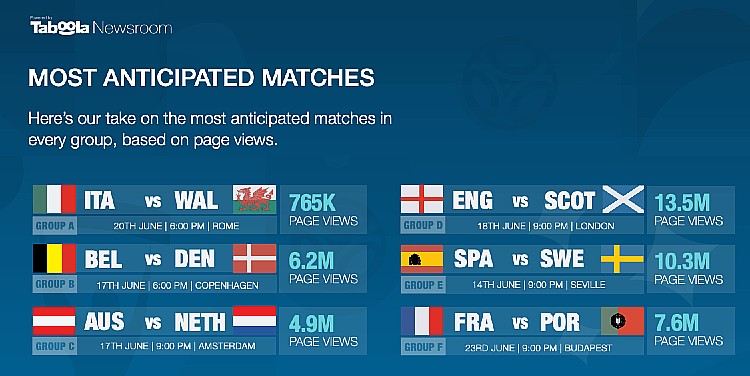 That’s followed closely by Spain vs Sweden coming in at 10.3m page views.

We’ll all be watching and we’re sure it’s going to be a thrilling tournament whoever wins. But come on Scotland. We’re not biased at all.