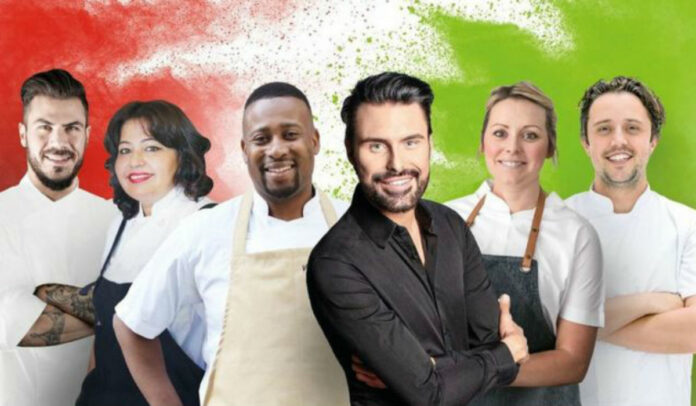 BBC One’s Ready Steady Cook reboot with Rylan Clark-Neal is set to return in the New Year with a strong focus on sustainability and a move away from plastic.

The broadcaster said the relaunched show, which was first announced back in September, will aim to be one of the most sustainable food shows on TV.

This will be done in a number of ways both on and off screen – most notably to viewers those famous red tomato and green peppers plastic bags will be a thing of the past.

To ensure Ready Steady Cook raises the standard in sustainability, the production has pledged to:

More generally the show will reflect contemporary food themes, from cooking on budget to eating healthily, managing food waste to feeding the whole family, mirroring the changes in food and British cooking over the past decade.

“One of the biggest sustainability issues we face is from food and packaging waste, so Ready Steady Cook is being brought bang up to date to play its part in tackling this”, said Clark-Neal.

“It’s going to be goodbye plastic bags and hello jute totes when we hit screens in the New Year. I can’t wait to get stuck in!”

Cat Lawson, Executive Producer, Remarkable TV said: “The world has changed a lot since Ready Steady Cook was on air last, and it’s more important than ever to source sustainable and ethically produced food.

“As such Ready Steady Cook will be favouring local suppliers and seasonal products, avoiding single use plastic and food waste as much as possible.”