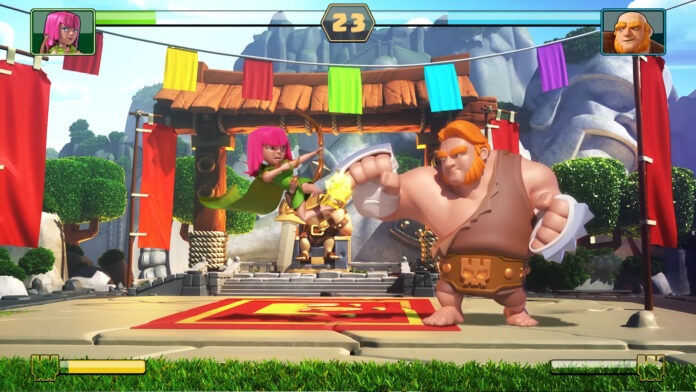 The global campaign was developed in partnership with independent creative agency Waste.

As part of its ongoing strategy to celebrate the gaming community and own key moments in the calendar, Supercell has worked with Waste to create “Clash Combat”, a piece of social content to mark Video Games Day.

The animated film pays homage to retro gaming and shows how far games have come in terms of design and art direction.

The video takes a journey through gaming history, evolving from an 8-bit graphics arcade animation to a rich 3D-animated scene.

It sees two Clash of Clans characters go head-to-head in a unique one-to-one combat, inviting the Clash community to vote for the winner.

The content push aims to engage with existing and lapsed Clash of Clans players and the Supercell halo audience, as well as the wider gaming community and fans of retro digital art.

In line with Supercell’s community-centric approach, the campaign seeks to give fans a sense of involvement and belonging to drive affinity, loyalty and advocacy.

The campaign is running across social platforms worldwide.

Ana Martins, Community Manager, Clash of Clans, said: “Once again, working with Waste we have created a social content push which taps into the zeitgeist in order to engage with fans and help us maintain brand salience.

“What better way to celebrate Video Games Day than with an affectionate homage to old-school games, executed with a Clash of Clans twist?”

Christian Perrins, Head of Strategy, Waste, said: “In mobile gaming terms, Clash of Clans is mature, and whilst it has high levels of brand awareness in the gaming world and mainstream culture, top-of-mind salience requires constant stimulation.

“This campaign is part of our ongoing strategy to pick halo moments in the gaming calendar and own them, as only an OG game like Clash of Clans can do.

“We’re leveraging Video Games Day with a piece of content created with the gaming community very much in mind.”

Alex Robinson, Head of Motion Graphics, This Thing of Ours, part of the Waste family, said: “Working on a project like this tickled many of our cravings as animators.

“By far the most exciting part of the project was the level of reverse engineering that was involved to achieve a look and feel that felt familiar to all those hardcore gamers.”