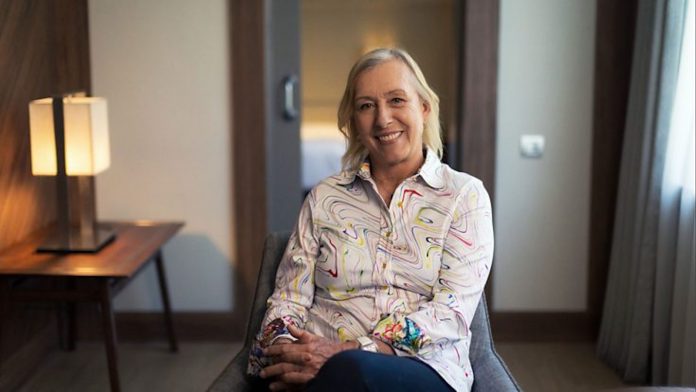 In a brand new three-part box set for BBC Two and BBC iPlayer, Mindhouse Productions, the makers of Grierson-nominated Gods Of Snooker, is to produce an exciting new documentary series that celebrates a defining era in tennis through the world famous Wimbledon Championships.

Bringing real-life stories of the most iconic tennis players of the time – Navaratilova, Borg and Evert and more – to the screen, these sporting geniuses will serve their first-hand accounts of the seminal moments in their careers.

During the 1970s and 80s legendary athletes rallied vigorously against one another to a growing global audience, wielding racquets and dressed in dazzling white.

Tennis was in a golden era, exhilarating audiences of millions at a time when changes in the modern world were also being played out on court.

Alongside personal insights, this distinctive period will be brought back to life through rich archive as global events like the Cold war, the sexual revolution, race relations and the fight for LGBTQ rights found expression in the game’s most traditional sporting arena.

with the working title Gods Of Tennis, the series will contain three 60-minute episodes for BBC Two, commissioned by Emma Loach and produced by Mindhouse Productions.

Simon Draper is Series Director and the Executive Producers are Arron Fellows and Nina Davies. The series is distributed by BBC Studios

Emma Loach, Commissioning Editor at the BBC, said: “Gods Of Tennis (w/t) reveals the behind-the-scenes stories of our favourite nail-biting moments from edge of the seat games.

“A combination of fascinating conversations with the superstars of their time, and insightful archive will make this BBC Two commission a Grand Slam with tennis fans and novices alike.”

Arron Fellows, Executive Producer and Mindhouse co-founde, said: “We were delighted with the response to Gods Of Snooker and so we are thrilled to celebrate sporting genius once again, this time through the prism of Wimbledon.

“The biggest names in tennis in the 70s and 80s are legendary but though their battles on the court are utterly gripping, what was happening off the court is equally as fascinating.”

Ian Hewitt, Chairman of the All England Club, says: “We’re delighted to be associated with this exciting new BBC series, telling the definitive story of Wimbledon in the 70s and 80s.

“The Championships are loved and admired all over the world and with this year being the centenary of Centre Court here at Church Road, it’s the perfect time to revisit this fascinating era.”