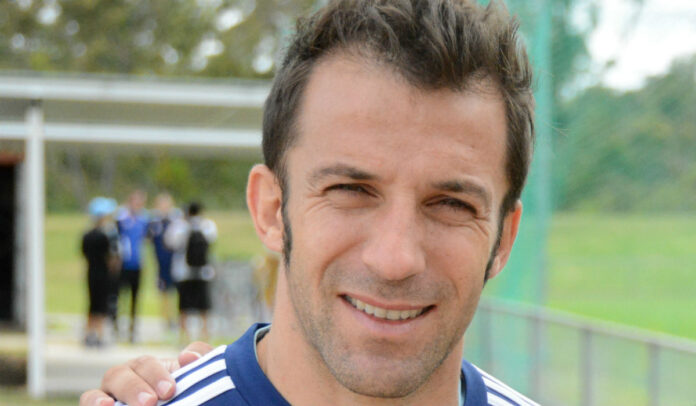 Through its online digital media exchange, Stads acts as a one-stop resource for the entire media buying process from creation and scheduling, to optimisation and final delivery.

This helps teams manage their advertising inventories; media agencies to increase their effectiveness; and brands increase their visibility through more effective ad spends.

The company was founded in 2018 by a group of sports business and technology entrepreneurs. They recognised the changing dynamics within sports advertising.

They responded with a new model based on data and analytics that delivers targeted messages to fans; and supports the “destination” entertainment experiences many teams are creating inside sports venues.

It also fully supports Real-Time Marketing (RTM) requirements, allowing advertisers to go live with a campaign at very short notice; prior to the commencement of a game.

Del Piero is one of only five Italian players to score more than 300 career goals. He’s ranked on the FIFA list of the 125 greatest living players.

Stads is initially working with advertisers in Europe, the United States, Latin America and Far East. They will create, schedule and deliver ads to the perimeter boards immediately surrounding the playing field in European Football League venues.

The company is adding basketball next, and its technology has the potential to expand to any sport worldwide; and to other areas within a venue.

“Most advertisers don’t have the right level of accessibility to in-stadium media. They often have no idea how to navigate the sports media buying process to make the best purchases.”

Stads is introducing a media optimisation tool. Based on the advertisers’ segmentation requirements, the algorithm suggests the best games to reach their target audience. It then generates the most cost-effective package to suits their needs.

Brands can accurately target audiences by stadium, game, duration and even event time, choosing media slots based on their individual needs.

For televised matches, the platform can support multiple simultaneous broadcast feeds so the in-stadium audience sees a different board display than the viewing audience in another country, adding to the media customisation.