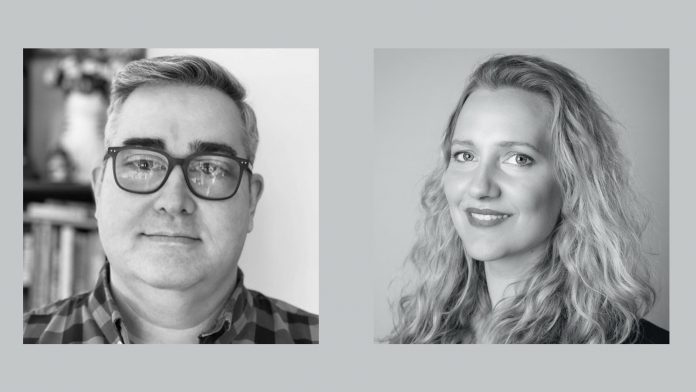 Sourcepoint, the privacy compliance platform of record for the digital marketing ecosystem, has announced a key new hire in the US, with 25 years of experience in the programmatic advertising industry, Chris Chapman takes on the role of Chief Technology Officer.

The company also announced that Chloe Grutchfield has been promoted to Chief Product Officer from Senior Vice President, Product.

Chapman has held senior roles at Adsafe Media and Integral Ad Science, as well as co-founding Sailthru and his own company Saferoute in 2006.

His experience in the ad verification space makes him an ideal new hire to support the growth of Privacy Lens, Sourcepoint’s privacy measurement platform.

Chapman has a proven track record designing and deploying high-scale systems, experience he will bring to bear in providing online privacy to the world’s largest publishers and advertisers.

Now joining Sourcepoint as its new Chief Technology Officer, Chapman will be applying his breadth of expertise to drive the technological innovation of Sourcepoint’s products and services.

With digital infrastructure and data integral to this industry, Chapman will play an important role in ensuring the company maintains its leading position.

In addition to its company expansion, Sourcepoint has also announced the promotion of Chloe Grutchfield to Chief Product Officer, having originally taken the position of Senior Vice President, Product.

Grutchfield was previously co-founder of Redbud, joining Sourcepoint after it acquired the company and has been instrumental in the expansion of Sourcepoint’s Privacy Lens product offering since.

Commenting on his appointment Chapman said: “I’m so excited to be joining Sourcepoint at a time of rapid change in the digital privacy landscape.

“Changes to the sector continue at an unprecedented pace and the need for a compliance platform with cutting edge technology is greater than ever before.

“I hope to add further technical expertise to what is an already world-leading platform and company.”

“The complexity of consumer privacy protection in our industry requires technological solutions and Sourcepoint’s capacity for impact in this regard is unmatched.”

Ben Barokas, Founder and CEO at Sourcepoint, said: “Chris’s incredible experience speaks for itself – he’s consistently worked on highly technical projects that deal with the top end of user activity.

“This makes him well equipped for the high volume of consent management at Sourcepoint and an important asset in our continued expansion.”