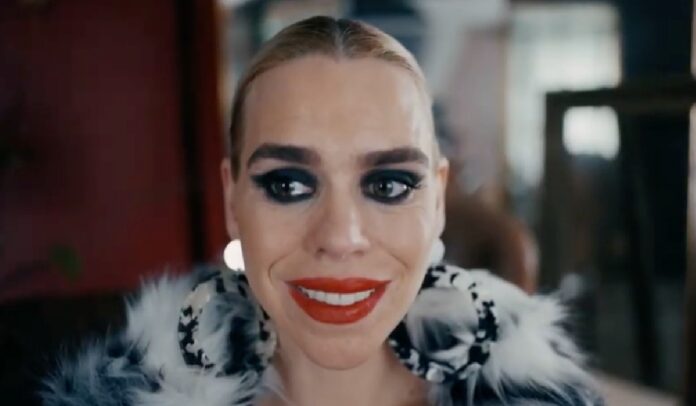 The channel revealed its slate of new shows at a showcase event at the Tate Modern last night (12 February).

Sky said its 2020 line-up was its largest ever slate of programming. It released first-look trailers of four of its upcoming original British series at the event. But we have six of them for you, below.

Sky said it also includes a 40% boost in the volume of programming from the US.

Breeders – Premieres on 12 March on Sky One and NOW TV

Martin Freeman and Daisy Haggard star in a new Sky original comedy, exploring the paradox that every parent knows but never admits; you would willingly die for your children, but quite often you also want to kill them.

Freeman stars as Paul, a caring father discovering he’s not quite the man he thought he was.

His partner in this impossibly steep parental climb is Ally (Daisy Haggard), who runs a recording studio, makes Paul laugh and can read a story to their children while she’s technically asleep.

In this honest and uncompromising comedy Paul and Ally are juggling full-time careers, ageing parents, a mortgage, upheavals in their relationship and the unenviable curveballs of parenting their young children.

Showcasing bold, British drama at its finest comes the second instalment of multi-award-winning Sky original, Save Me.

From the producers of Line of Duty, Save Me Too is created and written by Lennie James. He also reprises his role as Nelly Rowe in the critically acclaimed London-based thriller. Seventeen months have passed since Nelly Rowe found someone else’s child while searching for his own.

Save Me Too is about what Nelly does next.

What responsibility he has for the life he saved. How much further he can go in his search for Jody and the gamble he takes when he finds himself at the end of the road.

Fifteen years after witnessing her father’s brutal murder, Kim escapes her controlling mum, Tina (Sian Clifford) and their isolated existence in the Scottish wilderness and heads south to England to find his killer…and just maybe find herself along the way.

Now hunted by murderous criminals (Jason Flemyng and Thalissa Teixeira) working for gangster, Jimmy Davies (Sean Pertwee), Kim must reunite with her overbearing Mum if they are all to survive.

Billie Piper stars in a bold, bracing, Sky original drama about the moment in life when the mask slips. It asks if any of us can survive being well and truly ‘known’.

Suzie Pickles (Piper), has her life upended when she is hacked and a photo of her emerges in an extremely compromising position.

The series shows her unravelling as the event ricochets around every area of her life.

Episode by episode we follow her through the stages of shock, denial, fear, shame, bargaining, guilt, anger and acceptance as Suzie and her best friend and manager Naomi (Leila Farzad) try to hold her life, career and marriage to Cob (Daniel Ings) together.

Sky said it is committed to more than doubling its investment in original content by 2024 through Sky Studios. It’s also planning Sky Studios Elstree, a new 32-acre, state-of-the-art TV and film studio in North London.