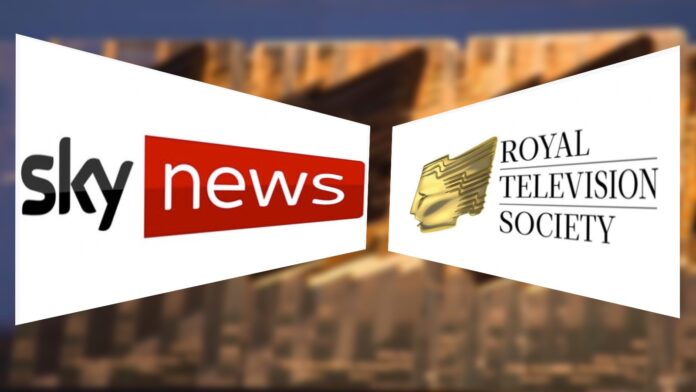 The news channel was nominated for a total of ten RTS awards in the run up to the event.

Head of Sky News, John Ryley was also honoured with the Outstanding Achievement award with the judges saying he had “effected genuine change in our business”.

In a year that has consistently challenged and changed news on a global scale, the awards, for both news and current affairs, seek to recognise creative and excellent journalism by organisations whose broadcasts and online video content are transmitted from a UK-based platform or production base.

Further recognition through the Judges Choice Award was given to all Technical Teams from all broadcasters for ‘keeping news on the air’ throughout 2020 with unprecedented challenges.

Finally, the Outstanding Achievement Award was awarded to Head of Sky News, John Ryley for his contribution to news for over 30 years.

In his acceptance speech Ryley touched on the importance of challenging the status quo, saying: “I hope that Sky News is today living proof that the proper role of any serious news organisation is to not only report the news but to analyse it as well.”

He also used the opportunity to highlight the need for the news industry to change to reflect modern Britain.

“The biggest lesson that I have learned is, it’s not the strongest or the most intelligent that succeeds but those prepared to adapt and change. We all have more work still to do.

“Luck, in television journalism still too often favours the white and middle class. Young people from ethnic minorities need far more than only luck to succeed.

“They need advice, support and opportunity to get on in our trade. And they need our respect for the new ideas and new skills they can offer us.”

On winning Channel of the Year, the judges praised Sky News for fulfilling ‘a vital function providing crucial information, as it emerged, that affected us all.’