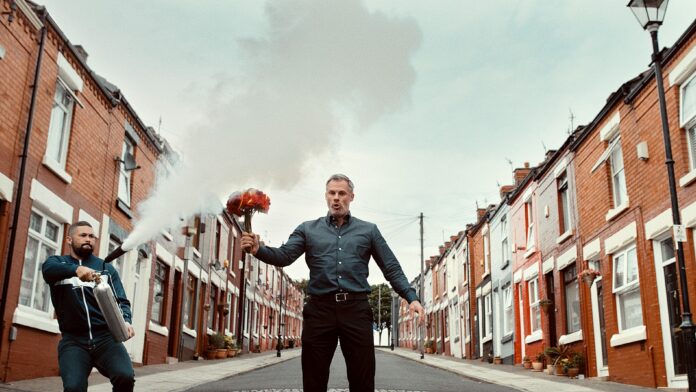 A host of sports stars, football influencers and supporters declare their hopes for the teams they support in the 2021 Start of Season campaign for Sky Bet.

In a campaign adorned with flowers grown in different club colours, each fan declares their hope only to be trumped by the hopes of the next fan.

The campaign was created and produced by Who Wot Why, Sky Bet and Jim Gilchrist at Outsider.

In one sequence Liverpool legend Carragher holds a red flower set alight like a torch as he declares “Hope to blaze back up top” but it’s immediately extinguished by former World Cruiserweight champion and Everton fan Tony Bellew with a fire hydrant as he retorts “No Chance”.

The multi media campaign spans TV, digital, social, CRM and thousands of fans have taken part in an online ‘hope survey’ which gives a fascinating insight into each club’s hopes and expectations for the new season.

Ben Walker, founder of Who Wot Why said: “Whether you support Liverpool or Hartlepool one thing unites all football fans at the start of the season. Hope.

“It’s a wonderful platform and has produced another campaign we love.”

Ross Sewley, Head of Brand & Creative at Sky Bet said: “We believe this is our most integrated campaign to date, with the role of paid, earned and owned, aligning perfectly behind the single idea of “hope” – helping us to really stand out at the start of season”.