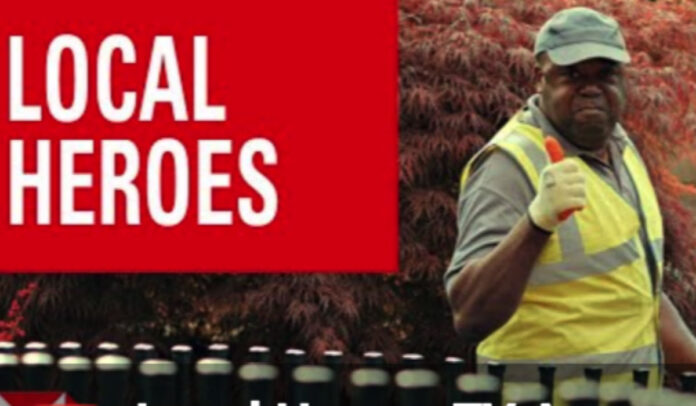 HSBC UK’s latest campaign ‘Local heroes’, narrated by Sandi Toksvig, celebrates the keyworkers of Britain as the heroes of the pandemic.

Created by Wunderman Thompson UK, it echoes the celebration of diversity and strength in togetherness; as seen in the previous ‘We are not an Island’ campaign.

The new campaign expresses pride and gratitude towards those on the front line, from near and far; who are pulling together and keeping the country going during these unprecedented times.

No actors were used in the campaign, Wunderman said. Instead the ad showcased real key workers, from those working in the NHS, charities, farmers and bus drivers to HSBC branch colleagues, security workers and shop keepers.

Heroes include Suzanne, a waste collector who has taken on extra shifts; Visanee who is a full-time carer at home specialising in helping patients with mental health problems; Lauren and Kabir who work together in the Midlands packing boxes for delivery throughout lockdown.

“We wanted to take this opportunity to express our gratitude to all those on the front line who are showing incredible resilience in the face of adversity”, Chris Pitt, Chief Marketing Officer at HSBC UK said.

Throughout this pandemic, local heroes have been emerging across all our communities, and they deserve to be celebrated and thanked.”

Following social distancing rules, the film was shot using one camera operator and one director; who remained in a vehicle directing via a monitor.

Launching on Saturday the campaign will run across TV, VOD and on social media.