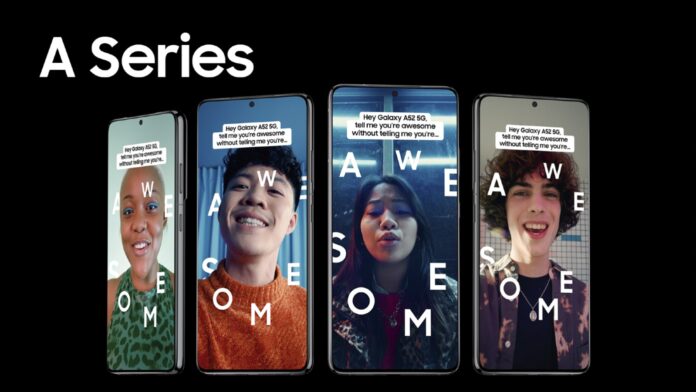 Lots of people are looking into the Samsung Galaxy A52 Prix Maroc because they want to see if it’s worth the money… and a lot of this hype is coming from the global marketing campaign that Samsung has been pushing.

RAPP is behind a new UK campaign for the Samsung Galaxy A52 5G smartphone aimed at British Gen Zers.

The new effort is based on the ‘tell me without telling me’ social trend running on TikTok, Snapchat and Instagram.

In ‘tell me without telling me’, social users challenge each other to reveal their opinions on the topic at hand without actually mentioning it directly.

Among the answers provided by the Samsung Galaxy A52 5G are ‘awesome camera’, ‘awesome screen’, ‘long lasting battery life’ and ‘awesome 5G’.

RAPP has used these in a series of films and still assets to run on social.

The campaign also has an interactive element in the form of a Snapchat filter and lens, with Samsung UK encouraging the audience to use them to express their creativity and show why they are awesome too.

Sharon Hegarty, Marketing Director at Samsung UK & Ireland said: “The Samsung Galaxy A52 5G is built for a generation that live on social, so it was important for us to create a platform that told the story of its features in an authentic way, with thumb-stopping content.

Jamie Marks, Senior Account Director at RAPP, said: “The ‘tell me without telling me’ game is an evergreen trend which has already achieved the hard task of engaging Gen Z.

“So it seemed a great way to talk about the Samsung Galaxy A52 5G in a way that is both fun and made it natural to then extend an invite for the audience to express themselves.”

The campaign is running now until the end of May.

Media planning and buying is through Starcom.