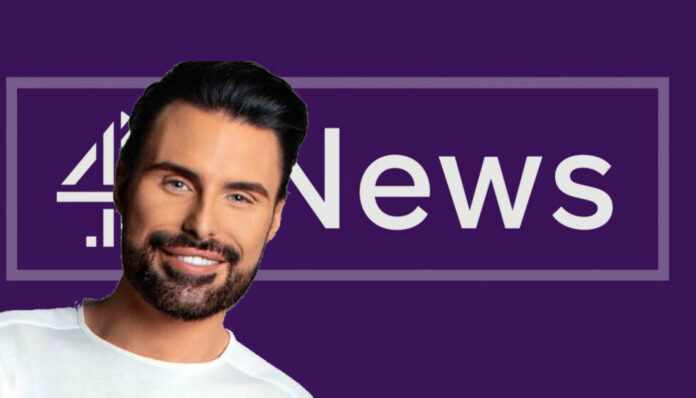 Yep, we had to do a double take as well. We love Rylan, but even he can’t quite believe it.

So Channel 4 is hosting a live eight-hour Alternative Election Night show on Thursday, 12 December, with a varied lineup of presenters that include Clark-Neal along with Clare Balding, Amber Rudd, Tom Watson and the Channel 4 News team.

The coverage will be produced by ITN Productions and Expectation.

Krishnan Guru-Murthy and Katherine Ryan will be the show’s lead hosts along with Clark-Neal who will be sense-checking results with a specially invited studio audience.

Moreover, throughout the night Krishnan, Katherine and Rylan will be joined by an eclectic mix of the country’s biggest political figures and sharpest comedic talent to tell the dramatic story as it unfolds, with top-class analysis and some much-needed laughs.

Clare Balding will have the results as they happen, Matt Forde will run the Alternative News Desk and the inimitable Rob Rinder will be out and about assessing the mood on the ground.

Also In the studio will be exclusive heavyweight political guests including ex-Home Secretary Amber Rudd and former Labour Deputy Leader Tom Watson, who will give their take on developments along with a host of comedians including Sophie Willan and Tez Ilyas, candidates and political bigwigs.

Channel 4 News Political Editor Gary Gibbon will have all the breaking news and detailed analysis.

And a team of correspondents will be stationed at the most important counts to assess exactly what’s going on up and down the country, as the worlds of politics and comedy come together for what is set to be one of the most explosive and momentous nights in our modern history.

“This is the night that could change everything”, Krishnan Guru-Murthy said. “It will determine the course of our lives on Brexit and everything else beyond.

“There will be shocks, upsets, tears and laughter and I can’t wait to share the most exciting election night I can remember with this hugely impressive, funny and insightful gang of political obsessives and wits that Channel 4 have assembled.

Katherine Ryan added; “I always stay up to watch the general elections and I hope to inject some insight and humour along with Krishnan Guru-Murthy throughout December 12th’s harrowing vigil.”

Rylan Clark-Neal said: “I can’t wait to get involved in what will no doubt be an unpredictable night where anything can happen.

“Who would have thought that as an X-Factor reject I would be hosting election night!”

“The combination of ITN Productions and Expectation means our coverage will offer up the perfect mix of two political heavyweights who’ve just walked out of front-line politics as well some great comedians and entertainers.

“Voters will be at the heart of the programme with audience reaction to all the key moments.