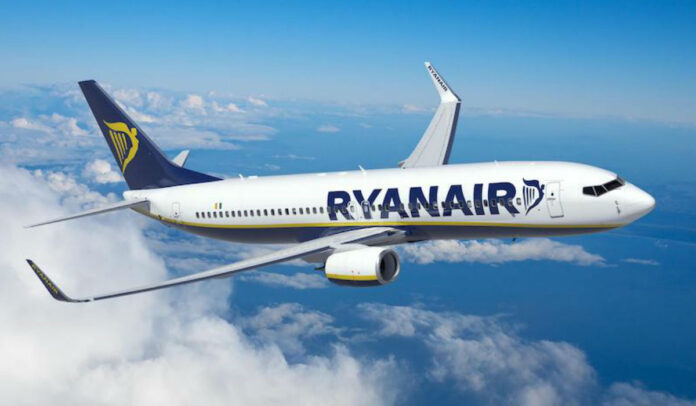 Europe’s biggest airline brand ran a series of print press, TV and radio ads in which it claimed to have the lowest emissions.

The press ad, seen on 15 September 2019, featured text which stated “Europe’s Lowest Fares, Lowest Emissions Airline”. Everybody knows that when you fly Ryanair you enjoy the lowest fares. But do you know you are travelling on the airline with Europe’s lowest emissions as well?”

It also stated: “Ryanair has the lowest carbon emissions of any major airline – 66g CO2 for every passenger kilometre flown. This is because we have the youngest fleet of aircraft (avg. age 6 years, the highest load factors (97% of seats filled) and newest most fuel efficient engines”.

Advertising Standards Authority said it received a number of complaints over the airline’s CO2 claims.

The complainants, including a consultant in energy, transport and sustainable development, and many others who believed that by their nature airlines did not have low emissions, challenged whether the claims “Europe’s … Lowest Emissions Airline” and “low CO2 emissions” were misleading and could be substantiated.

the ASA said that while it considered the claims in the ads would be understood relatively and while it was satisfied that CO2 per passenger distance was an appropriate method to compare the carbon footprint of passengers on different airlines, it was concerned that the basis of the claims had not been made clear in the ads.

It said the evidence provided was insufficient to demonstrate that Ryanair was in fact the lowest carbon-emitting airline on the basis of that metric. Consequently, it concluded that the claims “Europe’s…Lowest Emissions Airline” and “low CO2 emissions” were misleading.

The ASA ruled that the ads must not appear again in their current forms.

“We told Ryanair Ltd to ensure that when making environmental claims, they held adequate evidence to substantiate them and to ensure that the basis of those claims were made clear”, the ASA said in a statement.

Respondong to the ASA’s ruling Ryanair said its CO2 emissions per passenger km is 66g, which is 25% lower than the other major European airlines.

“Ryanair is delighted with its latest environmental advertising campaign, which communicates a hugely important message for our customers.

“The single most important thing any consumer can do to halve their carbon footprint is switch to Ryanair.”

It said it successfully ran this advertising message in 10 countries across Europe. However, it made “minor adjustments to the advertising in the UK market at the request of the relevant approval bodies.”

“We were surprised we had to make these small changes, as the message was approved in other markets and we provided all the supporting data they required.”