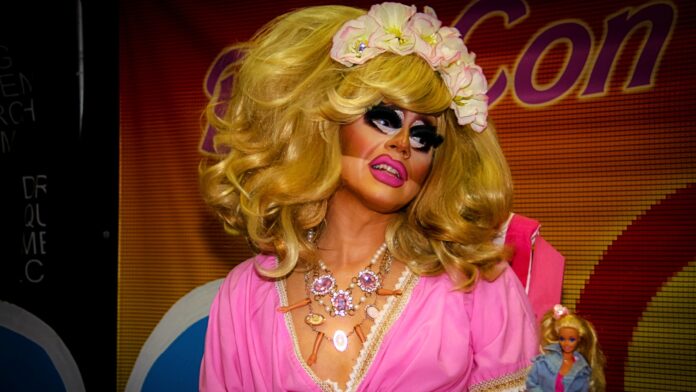 Ahead of the third series of RuPaul’s Drag Race UK, an online casino has revealed that Trixie Mattel is the most successful global drag queen in the show’s history, with a net worth of $10m (£7.3m).

To celebrate the upcoming series of the UK show, PlatinCasino.co.uk, analysed the net worth of former RuPaul Drag Race contestants and winners from all seasons across the globe, to discover who has amassed the most wealth since being on the reality show.

The rich list has revealed that Trixie Mattel, a contestant on the seventh season of RuPaul Drag Race US and winner of the spin off series ‘RuPaul’s Drag Race All Stars’, has been the most successful drag queen after appearing on the TV franchise.

Since her 2015 RuPaul debut, Mattel has had her own spin off TV series, released an album, toured the world performing and founded her own cosmetics brand, Trixie Cosmetics.

The top ten in the ‘Global RuPaul’s Drag Race Rich List’ are:

Following the rich list findings and research, the site has estimated that the winner of RuPaul’s Drag Race UK series three could possibly earn at least $1.3m (£950k) due to opportunities and deals that come after an appearance on the show.

Previous winner of the first UK series, The Vivienne, ranked 17th in the global list, with a net worth of $1m (£750k).

Philip Wicinski, UK Country Manager at PlatinCasino, said: “RuPaul’s Drag Race is a global reality show phenomenon, loved by many and with one of the largest fan bases in TV and film history… or should I say ‘herstory’.

“Since the first US season in 2009 the show has been a platform for drag queens across the globe to perform, make a name for themselves and introduce the art of drag to the masses.

“It’s been interesting to discover just how successful past contestants have been as a result of competing on the show.

“Just like the other seasons across the world, the UK show has also been incredibly successful, and lots of people are excited the new series is about to air.

“This year is going to be one for the books, for so many reasons and we have no doubts our next British queen will be as successful as the ones on the list above.

PlatinCasino, which carried out the survey, said it is a reputable online gaming site that is fully licensed and regulated by the British Gambling Commission.

It is home to a vast portfolio of games from slots and live casino to jackpots and table games.