At last week’s well-attended MAD//Fest London, Julia Linehan, Founder and MD, The Digital Voice, moderated a panel on the lack of women tech founders in the adtech sector.

Among those discussing the issue were James Leaver, Multilocal; Fern Everall, Hybrid Theory, Ellie Edwards-Scott, Founder, The Advisory Collective; and Tamara Littleton, Founder of The Social Element and Co-founder, Polpeo.

The session was titled ‘Is 5% female tech founders enough? WTF is needed to change that number?’ with the aim of packing a punch that would leave everyone armed with actual steps to act.

Linehan said of this critical session: “I am a founder and a female and I felt like I was surrounded by tons of strong, female founders. I thought we were doing pretty well and then boom; the figure came out that just 5% of founders are female.

“That is a figure that hits hard and I approached MADfest to allow me to host a panel with founders to give clear advice, guidance and instil courage for future female founders.

“The reaction from a packed crowd was emphatically a ‘hell yes!’ I challenged the audience that for MADfest 2023, I would host a panel with three brand new female founders. Watch this space!”

“My fear is that until the demographic of those investing becomes more diverse, men will remain the majority beneficiaries of investment.”

“My biggest hope for the industry is that we don’t need to have to have panels like this in the future, because female founders have the same representation and opportunities as men.”

There was also a Bloom Panel, led by the women in communications networking group Bloom UK, where the urgent task of Breaking the Bias was discussed.

Bloom Panel on Breaking the Bias 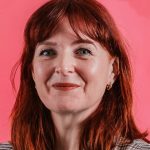 “Leading MPower, which provides support and campaigning for mid life women, the bias that I want to break forever is the age bias.

“We’ve got at least two generations of women who have disappeared from the industry, and we are going to study that this year and find out what’s happening.

“We’re inviting the industry to help us to fix it. It’s so important to try to understand where your bias might lie with age. Is it that there can only be one person of a certain age in an agency – because they’re running it?” 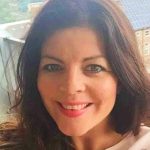 “I cofounded Bloom Wombs with my lovely friend Jaden Grant as we identified a need for a space for women to be able to talk, to learn and to share their stories about everything womb-related – from periods right through to the menopause.

“We want to make sure that everyone has a voice – whatever stage of their life that they’re at.” 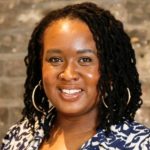 “I’m the co-founder of Bloom in Colour – our inclusion group for women in colour. But we also have a space for allyship, and for white women members.

“We’re finding that the dial just hasn’t moved. We need to think with an intersectional lens where we talk about diversity and inclusion and gender equity.” 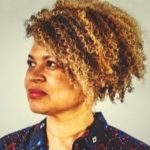 “There’s still bias and we still need to break it, and to consider intersectionality. We must not sit in silence, nor procrastinate. We need to take action; to break the bias for good.” 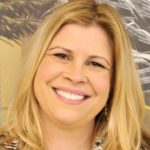 “This is my first time here at MAD//Fest and it certainly lives up to its name. There’s great energy and happy vibes. I’m so proud of all these women here on stage.

“For me, breaking the bias is everything Bloom stands for. It’s how we pay it forward. We’re here to effect industry change.

“It’s about action in the industry and how we can all work together – men, women and everything in between – to get things done. We’re stronger together.”