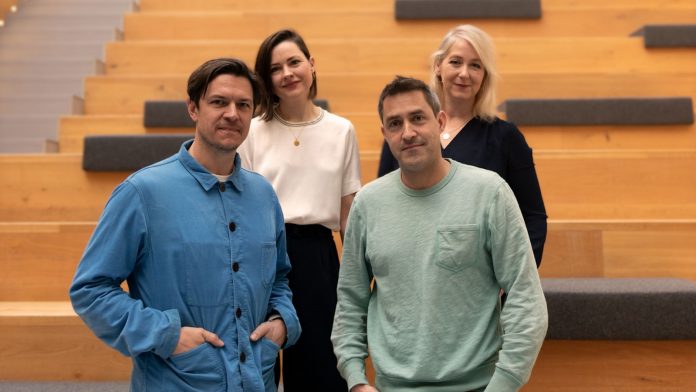 Purpose consultancy & agency Revolt has unveiled an enhanced management team as it celebrates its fifth birthday and builds out its strategic and creative offer in the UK and overseas.

Graeme Hall takes up role of Executive Creative Director, Jenny Bust joins as Head of Innovation Studio, Richard Arscott is tasked with growing the overseas business in the role of US President and Sophie Lord arrives as Executive Strategy Director & Head of Strategic Development.

With the new hires, the agency is looking to build on the 25% growth in revenue it enjoyed last year with key wins including, Heinz, Bayer, Merrell and Jim Beam.

The growth plans are focused on helping more clients with their purpose transformation, through the three key divisions at Revolt: Purpose Consultancy, Activist Agency (purpose creative and activation) and Innovation Studio.

Prior to Google, Graeme was the Creative Director at 180 Amsterdam, and before that held the same role at Y&R New York.

At Revolt, Hall is tasked with developing and scaling the agency’s creative output, which has already produced award-winning work for Mars, Budweiser, and the Social Mobility Foundation.

In her new role she will build on the back of successful innovation projects with the likes of Reckitt and Mars, and start-up ventures the Gut Stuff, Reel and Mami Wata, in which Revolt are equity owners.

Arscott (bottom right, main pic) has spent the past 18 months establishing Revolt in the US, which now has a client list that includes Jim Beam, Merrell, PepsiCo and AB InBev.

He joined Revolt from San Francisco-based tech start-up Names and Faces and is a former Managing Director at AMV BBDO.

He will now take on responsibility for all overseas operations as well leading Revolt’s growing US business.

Alex Lewis, Co-Founder at Revolt: said: “For clients, the purpose transformation is an opportunity and an obligation that can’t be ignored.

“Successfully navigating this business transformation credibly, consistently and commercially requires the best leaders around, do we are thrilled Jenny, Graeme, Sophie and Rich are now part of Revolt.”