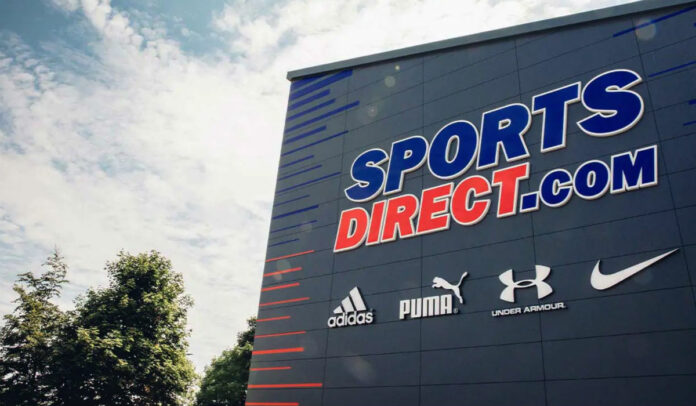 Sports Direct, the FTSE 100-listed retail brand which owns House of Fraser, has reported a 58% rise in underlying pre tax profit to £101m on the back of a 14% rise in half year revenue to £2.04bn.

The company said the its UK Sports Retail revenue increased 6.2%, largely due to acquisitions in the period.

Excluding acquisitions revenue fell 8.6% as the company continued implementing its elevation strategy. However, the firm also said that ‘Premium Lifestyle’ revenue rose 79.2% largely due to new Flannels stores and a full period contribution from House of Fraser.

Sports Direct, which was founded by billionaire Mike Ashley, also managed to reduce its debt levels, reporting that net debt has decreased to £254.4m, from £378.5m.

Commenting on the performance of House of Fraser, which the company rescued this year, chairman David Daly said: “We are starting to see the green shoots of recovery as we continue to integrate the business into the Group”.

“We are bringing new disciplines, experience and skills to bear which is helping the turnaround.

“Our Frasers strategy is to create a superior shopping experience for the consumer which will be led by the original Frasers.

“In the coming months and years, Frasers will prove to be a vital and successful part of the Group.

Daly also said that Boris Johnson’s landslide victory in the general election last week, should help create more certainty for the company in the coming months: “We are hoping that the political waters will be calmer in the coming months which will allow us to move out of this period of market unpredictability.

“This will enable us to plan appropriately for the future which is critically important.

“Despite ongoing challenges, we believe we are getting into a good place, building a solid foundation of elevation and efficiency which will lead to sustainable growth and a successful future.